AT&T, Lenovo and Rambus back new platform to invest patents in start-ups

A new platform launched this morning designed to help major operating companies invest patents into start-ups as part of a traditional venture capital fundraising round. A group of six businesses including AT&T, Entegris, Lenovo and Rambus, have more than 60,000 patents available for investing in new businesses that are looking to bolster their IP defenses against possible competitor infringement lawsuits.

The new platform has echoes of similar initiatives from the likes of Dominion Harbor and InterTrust who have both looked to create value from patents by offering start-ups defensive cover and providing those businesses advice on patent strategy in exchange for equity. What marks this new initiative out however is the backing of some seriously heavyweight operating businesses that are looking to use IP which might otherwise remain unused and be a drag on their balance sheets.

The IP Investor Pool is the brainchild of Aqua Licensing, a patent advisory business that is well versed in the deals market particularly working with large operating companies on the sell side. According to Aqua CEO Mark McMillan the pool came out of a brainstorming session with a large client on the state of the secondary patent market which in turn led to the prospect of investing patents into start-ups.

One of the keys to success, McMillan explained in an interview with the IAM blog, is recruiting companies that are prepared to commit a large stockpile of assets and attracting those businesses with a no or limited strings attached approach to membership. “We believe that for this to be successful we need a significant pool of available assets and of dealflow so we’ve made it easy to join the programme,” McMillan commented. “Members can join for free and they simply give us a list of assets that they would be prepared to sell to the right start-up at the right price and we don’t encumber those assets in any way.” Member companies can withdraw patents from the programme at any point and are under no obligation to do a deal.

While they were devising the platform, McMillan and his team spoke to various VC funds in order to get their input. One piece of feedback was that funders were keen that any patent investments were not done as side deals separate to a typical fundraising round. “VCs were against strategic investments that don’t follow the standard venture capital deal structure so they wanted to see any transaction fit into the tiered venture deal structure which wouldn’t make the capital table more convoluted,” McMillan said.

The idea of investing unused IP in new businesses is clearly becoming more attractive to some operating companies as IP executives face pressure to realise value from their grants and the prospect of selling to an NPE remains unpalatable to many. What is less clear however is just how much those patents are worth and whether they will realise a return that owners deem worthwhile. It is, as anyone involved in the buying and selling of patents will tell you, a buyers market.

Despite that uncertainty McMillan insisted that the start-up community and investors see the worth in acquiring a portfolio and will therefore be willing to part with some equity. “We’ve done a lot of research and talked to VCs and start-ups around valuations and how they view mature defensive patent portfolios,” McMillan said. He points out that new companies can be subject to patent infringement claims as soon as they gain some traction and “pop up on the threat radar” of competitors. Those claims can pose a serious threat to a nascent business.

In the run-up to its IPO, for instance, Facebook was hit by accusations of infringement from Yahoo! and then shelled out $550 million to acquire 650 patents from Microsoft and a further $83 million for just under 700 grants from IBM to give it some defensive cover. Before it went public Twitter also bought a package of assets for $36 million from IBM and agreed to a cross licence to stave off a possible infringement suit from Big Blue.

Start-ups own patenting may be limited and while any grants they do receive may give them a level of freedom to operate in their sector, that cover maybe limited as a counter measure against an established competitor. As a result, McMillan said, the IP Investor Pool focuses on “looking for IP that reads on a start-up’s competitors not on what reads on a start-up’s unique innovation”.

But just what kind of investments might the likes of Lenovo and Rambus be making? Well

McMillian pointed out that most participants limit their involvement in a funding round to between 5% and 10%. So in a round of say $30 million you’re looking at a start-up receiving between $1.5 million to $3 million worth of IP. “In this market you can buy a lot of IP for that price,” he highlighted. As the middleman Aqua will be paid a transaction fee on a percentage of the sale of the IP once a deal completes.

The Aqua pool doesn’t provide protection from NPEs, which can’t be counter sued, but as the experiences of Facebook and Twitter show the threat of an infringement suit from a competitor can be far more serious. That suggests that a pool like this could work as does the fact that companies with the kinds of portfolios as AT&T, Lenovo and Rambus have so far signed up. If start-ups can be convinced of the value of building their patent portfolios to hand over equity — and admittedly that’s a sizable if — then patent owners will have another route to realising value from their IP. 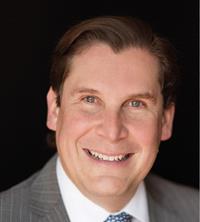