Apportionment and its impact on return on enforcement 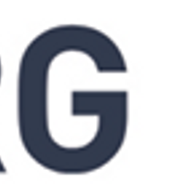 Some IP professionals focus on the economic contributions of technology or other traditional valuation approaches (ie, market, income and cost approach), while others are increasingly interested in measuring 'return on enforcement' as an indication of value. Anyone who has survived the patent litigation process is aware of the many uncertainties associated with the enforcement of patent rights. Setting aside liability, some IP practitioners believe that the issue of apportionment can have a significant impact on valuing a litigated patent.

It makes sense to provide context. The most commonly used damages remedy in patent matters is a reasonable royalty, which has been identified as the minimum amount of compensation due under the patent statute. Typically, damages experts provide evidence regarding a reasonable royalty in the construct of a Georgia-Pacific analysis, which recreates a hypothetical world where the defendant would have sat down and negotiated a licence with the patent holder instead of using the technology on an unauthorised basis. This analysis considers 15 economic factors, which generally focus on:

In addition to analysing these factors, courts often require experts to apportion the royalty base in order to remove some sales and/or profits that may be unrelated to the patent being adjudicated, before presenting these numbers before the jury.

The courts have reasoned that an unapportioned royalty base may “skew the damages horizon” for the jurist and result in an award that is not tied to the “economic footprint” of the patent being adjudicated. In the past five to seven years, the Federal Circuit and district courts have proactively taken steps to exclude this type of testimony or remand cases for retrial on damages in situations where this type of evidence was presented to a jury. Taken at face value, the courts’ requirement to properly apportion a royalty base before presenting it to a jury seems like it would yield more certainty in outcomes, but this has yet to be proven, due to the inherent challenges in performing a proper apportionment. In fact, nearly 70 years ago Congress eliminated disgorgement of the infringer’s profits as a remedy for utility patent infringement, with one of the primary reasons for abandoning this type of remedy being the difficulty in apportioning between the profits properly awardable to the patentee for the infringer’s use of the invention and the profits attributable to the infringer’s contributions. Ironically, the reasonable royalty remedy that is guaranteed to patent holders today still suffers from some of the same challenges. This is illustrated, in part, by recent Federal Circuit cases in which the court has expressly noted the inherent challenges with apportionment, and even went so far as to state that estimation and uncertainty are expected and multiple approaches are encouraged, as each approach may have its own strengths and weaknesses.

A casual observer who has not focused on the courts’ evidentiary requirements may wonder what is so challenging about apportionment, as many technologies have industry benchmarks and royalty rates, as well as rules of thumb commonly referenced by parties entering into real-world licensing negotiations. In general, the courts have routinely struck down the use of industry benchmarks or rules of thumb, as they are not tethered to the patented invention or the facts of the case, and therefore risk misleading a jurist.

Case facts may make certain apportionment methods appropriate in some circumstances and not others. Unfortunately, many case facts are often not known to patent holders in advance of the litigation, before relevant testimony and documents from the opposing and potentially third parties are produced. For patent holders seeking to understand the enforcement value of their technologies that have yet to be litigated, working with industry experts and seasoned patent damages experts can serve to mitigate some of the inherent uncertainties that come with apportioning for technologies that have never been priced separately from the products in which they are embodied.

The views and opinions expressed here are those of the authors and do not necessarily reflect the opinions, position or policy of Berkeley Research Group, LLC or its other employees and affiliates.

Finance
Back to reports