A perfect patent storm is brewing for Europe. The creation of the unitary patent system – with one patent covering an economically advanced  territory of around 600 million people and a single court system, with the potentially wide availability of injunctions through which to enforce it – is inevitably going to make it a much more important territory not only in which to own high-quality patents, but also for resolving global patent disputes. At the same time, the US seems to be intent on becoming a less friendly place in which to be a patent owner – especially one that feels it has no alternative but to assert its rights in court. If the new European system comes into being as the US continues down the path that it has been following for the last two or three years, European patent values are probably going to rise, while those on the other side of the Atlantic continue to stagnate or even fall.

All this will be good news for patent attorneys in Europe – who may well find themselves doing a lot more work from scratch for non-European applicants, and being able to charge accordingly, rather than just adapting patent applications that have previously been filed elsewhere first – and for patent litigators, who will probably be called on to do a lot more first-stop, big ticket, international work than has been the case up to now. It should also lead to much greater opportunities for intermediaries and other service providers, who will be called on to develop specifically European products that reflect Europe’s heightened importance in the patent market.

But things could go much further than that. Should Europe become a much higher priority for patent owners and litigants, there is also the opportunity for the continent to develop leadership in, and set global standards for, a number of vitally important areas that go beyond the patent market per se. Valuation is one area that immediately springs to mind. With the global market more interested in European rights, patent-owning entities in Europe are going to have to think much more carefully about how much their assets are worth and how they get to meaningful figures that accurately express values. From that, of course, springs other things. These might include, for example, the development of sustainable and transparent ways in which to offer patent-backed financings and the perennial issue of putting patents (and other types of IP) onto company balance sheets. After all, if European patents are going to be worth more, shouldn’t that be something that is immediately apparent to investors?

On top of all this, Europe has a chance to set the standard when it comes to ownership and transaction transparency. It can make rules that – whether they like it or not – patent owners will have to follow. If Europe says no to ownership of patents by shell companies, that’s the way it will have to be. If it decides that all transfers have to be recorded at the EPO, then that will be that; it could even say that prices paid have to be detailed. People may not like it, but if they want to operate in the world’s most important patent market, what choice will they have? And with this transparency will come a lot more data that will make valuation, financing and investor information provision ever simpler; so reinforcing the leadership that Europe will have established.

Up to now, Europe has been a bit of a backwater when it comes to the patent market and everything that springs from it. Instead, the pace has been set by the US and, increasingly over recent years, in Asia. Now, though, it is possible all that could change. For this to happen, though, decision makers and companies in Europe need to learn the right lessons from the American experience. The most important of these is not to get bogged down in a debate about trolls – the much lower cost of litigating in Europe and the much higher quality of the patents issued by the EPO mean that they are never going to play much of a role on this side of the Atlantic. Those that argue otherwise generally do so for their own selfish reasons.

Because trolls are not a big issue, neither should there be too much concern about injunctions. Plaintiffs will only win cases if they have good assets and these have been infringed. Of course, this will suit NPEs that assert high-quality rights, but much more significantly it will also prove immensely helpful to SMEs seeking to protect themselves from infringing Goliaths. This only works, though, if Europe ensures that whatever happens it keeps the cost of patent applications and enforcements relatively low, while also ensuring that it does absolutely nothing to compromise the quality of what is issued by the EPO.

My sense is that people in Europe have not even begun to think through everything that the unitary patent system could deliver. There are going to be immediate gains for some, but over the medium to long term there will be opportunities for the continent to lead the way in exploring and then setting standards for issues of major importance in a global knowledge economy that is underpinned by R&D, invention and innovation. If the right decisions are made within the right timeframe, Europe could ensure that it sets the de facto rules that everyone has to follow. For far too long inertia and suspicion of patents, combined with a lack of political and corporate understanding, have meant that Europe has been a spectator as others set the world’s patent agenda. Now that the Americans no longer seem to be interested in taking the lead – at least until they realise the damage that they have done to themselves – the future is Europe’s to seize. How exciting is that? And how depressing it would be to fail. 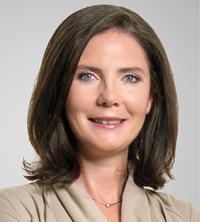