Acacia Research has in many ways been a trailblazer for the NPE market. It initially pursued a large-scale approach to licensing through a volume-based strategy before shifting to a focus on marquee portfolios. It has expanded its horizons to take advantage of opportunities in both Europe and Asia, giving it a useful geographical hedge as the IP climate continues to worsen in the US. And it has maintained a litigation-heavy approach to help drive initial licensing deals.

All of these elements have become part of the NPE playbook, confirming Acacia’s position as one of the most closely followed public IP companies (PIPCO).

A new piece of research by IP analyst and investor David Hoff has thrown further light on the NPE and is well worth reading for anyone interested in the PIPCO sector.  A summary can be found at his blog with the full version available for purchase. This is the second in-depth study that Hoff has written on a PIPCO after he published a report on Marathon Patent Group earlier this year. As anyone who follows the PIPCO sector will know, there is a dearth of good quality analysis and so Hoff’s studies fill a significant gap in the market.

More than anything his Acacia research underlines just how fundamentally the company has changed its business in the last three years. Its shift to an asset base concentrated on marquee patents essentially began in 2012 with its acquisition of the Adaptix portfolio from private equity firm Baker Capital. That shift reflects the much tougher assertion climate that has developed over the last few years in the US as the advent of the America Invents Act, particularly the introduction of new review procedures, and the impact of various court decisions have made enforcement much tougher.

According to Hoff’s research, that shift maybe about to pay off and lift Acacia’s share price from its currently depressed state in the $8 to $9 range. He estimates that the company’s potential licensing universe is considerable. Here’s how he puts it: “I estimate there to be roughly $1.6 billion in future licensing agreements if the company was to take all of their portfolios to trial and win them all.” That, of course, is not going to happen, but it does give an indication of the size of opportunity available to Acacia.

As Hoff discloses in the report he is an investor in the NPE so he, like anyone who has put their money into a company, has an interest in its share price rebounding from its recent lows. However his basic premise that there’s significant upside in Acacia stock looks sound.

As any patent market observer knows, the equity markets have a strange way of treating the PIPCO sector - often over-reacting to a single judgement (both on the upside and downside) in a way that ignores the fact that NPEs typically wage multi-faceted litigation campaigns. However, with patent reform still being debated in Washington DC and key court decisions continuing to cloud the market in uncertainty, there is a clear logic to backing a company that has high-quality patents to license across a range of industries and geographies, as well as a large enough balance sheet to sustain lengthy litigation battles. Seen that way, Acacia looks as well positioned as any NPE to weather the current patent storm. 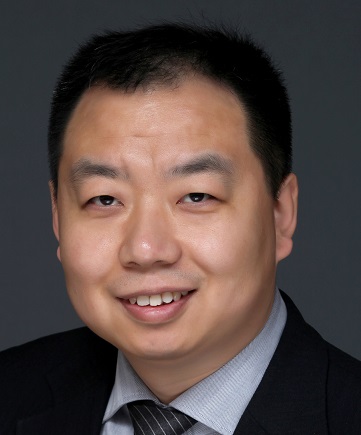