Last year we published our inaugural top 40 market makers – our ranking of the main movers and shakers in the global patent transactions and investment market. The list is back again this year, in the latest issue of IAM, with the same aim – lifting the veil on those who really drive the deals eco-system; but, not surprisingly for a market that is experiencing so much flux, there are plenty of new faces.

For example, after a banner 12 months for Google which has seen it hugely increase its IP footprint in deeds and influence, the company’s patent supremo Allen Lo takes over from Microsoft’s Horacaio Gutierrez in the number one slot, having not featured at all in the 2014. No sooner had we named Gutierrez as our top market maker than he took a new job within the company (we hope this doesn’t become some sort of market makers curse!).

For those looking for trends from our latest top 40 it’s fair to say it reflects the big changes that are taking place. Eighteen of the individuals in this year’s list are from operating companies, that’s compared to 15 last year. The sector that has taken the biggest hit is the finance/investment community. Last year we included the likes of Yoav Roth from Hudson Bay Capital and Naveen Nataraj from Evercore. They have done very well from the IP sector over the last five or so years but seem to have taken a step back recently. They are no longer featured. We think this reflects a shift in the investment view of the patent system.

As the string of deals that Eran Zur’s team at Fortress has closed demonstrates, there are still opportunities for those who not only have the capital but also the expertise. For those investors that accept that a patent is an asset with a clear monetary value (and there are still a lot of them out there) then the price of risk may look very enticing right now, as long as the willingness to invest heavily in ensuring detailed knowledge of how the market works is there. Longer term, it seems clear that we’ll see more plays along similar lines to Fortress and probably in ways that most in the market haven’t event considered yet. But not right now.

In terms of geographic breakdown our 40 is still dominated by North American companies with 24 making the list but Europe and Asia have both increased their representation with seven and nine businesses (up from six and five respectively last year). Those changes also reflect larger trends as the patent market globalises. Europe’s popularity as a litigation venue has grown and should continue to do so with the development of the Unified Patent Court. Asia is also on a steady rise thanks to Japanese and Korean companies becoming less passive players in the deals market, and Chinese companies continuing their rapid patent evolution.

As with last year we don’t expect you to agree with all our choices (in fact we hope they prove controversial), so feel free to send any feedback. Here’s the full list: 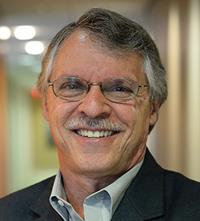