The boss of an NPE that launched in late June with $100 million of funding has said that within the next two weeks it will be filing “extremely large patent infringement lawsuits in China, against a major consumer products manufacturer”.

Brian Yates, the CEO of iPEL, told IAM that the firm will be “asserting a minimum of 50 distinct patents against accused products inclusive of each of their major product lines”, and predicted that the case will result in “China’s first damages award above $100 million”.  He said that iPEL had offered this company the opportunity to purchase a licence under what he described as the firm’s “haggle-free, no-fault licensing programme”, but that this had been declined.

“Because they have rejected our offer, we are left with no option, except to enforce through litigation. When iPEL advises a company that it needs to speak with us about purchasing a licence, then we expect to receive a response and to begin a productive dialogue.  If that does not happen, then the company should expect us to seek relief from the courts,” Yates stated.

iPEL was co-founded by Yates, a long-time monetisation figure who formerly led Prognosis IP, and Rasheed McWilliams, who most recently led the litigation group at Cotman IP Law Group. It is promoting itself as an ‘Ethical NPE’, a term it has trademarked. In addition to offering free licences to small businesses and start-ups with annual revenues of less than $5 million, it has laid out a set of principles it will follow. Among these is a commitment not to litigate without first making an operating company aware of its existence and inviting an amicable dialogue under an NDA.

This blog already reported on patent transactions made by entities affiliated with the firm back in March, before its formal launch. In a series of assignments recorded at the USPTO, iPEL picked up patents from ZTE, Panasonic and a number of entities controlled by Transpacific IP head Guy Proulx.

The ZTE deal, in particular, is worth taking a closer look at. The list of assets in the assignment document is heavily redacted – we see only eight pages, the first of which is labelled ‘1’, the second ‘22’ and so on until the final page ‘65’. The only visible patent families are those that include both US and Chinese rights, of which there are seven. But the numbering on the table would seem to suggest that the transfer includes upwards of 265 total patent families.

While not able to talk about the specifics of iPEL’s holdings or partnerships, Yates did confirm that China is the firm’s primary focus, currently. “It is quickly proving to be the best place in the world to license and litigate patents for an innovator,” he said. “That distinction used to be held by the United States, but patent rights in the US have been systematically destroyed over the past decade.” China, he continued, has plans to build an innovator economy and recognises that IP is often the most valuable asset a company can hold: “Thus, it must have a robust patent enforcement regime to encourage investment in its innovation economy. I could write an entire article explaining why Chinese patents a superior investment to US ones!”

To that end, Yates explained, iPEL is launching an extensive patent buying programme, focusing on high quality Chinese assets. “While certain companies have stronger reputations for quality patents than others, we plan to continue assessing potential acquisitions on the strength of the infringement read and market relevance,” he said. “We are not focused on a specific quantity of patents, because quantity does not mean quality.  We have all seen plenty of companies with massive patent portfolios, which have almost zero economic value. That said, we plan to actively purchase quality patents for the foreseeable future and expect that we will own several thousand more patents before this time next year.”

In terms of the firm’s cash reserves and access to capital, Yates stated that iPEL has already invested a significant portion of its initial $100 million - which came from what he described as “a hedge fund comprised of sophisticated investors” - but can call on another $100 million when that is needed. “The vast majority of iPEL’s acquisitions have been outright purchases with no back-end profit sharing, including all of iPEL’s Chinese assets,” he said. “A small handful of legacy matters, which existed prior to the formation of iPEL, include profit sharing arrangements with the prior patent owners.”

Despite its recent launch, iPEL is already doing deals, Yates confirmed: “That revenue has been generated outside of litigation, with companies that recognise the value of iPEL’s patents.  That is our preferred method of doing business – but, the reality is that litigation is often necessary.” 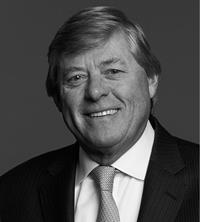