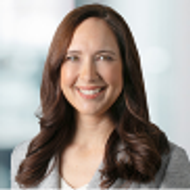 The Federal Circuit has issued an opinion on 11 February 2021, which invalidated antibody claims covering Amgen’s Repatha (evolocumab) product. The court found, in a unanimous decision, that a genus of antibodies claimed only by epitope-binding activity is invalid for lack of enablement if it does not satisfy a new higher bar imposed by the court.

Repatha is Amgen’s blockbuster biologic, cholesterol-lowering drug with more than $20 billion in annual sales and is indicated to reduce the risk of heart attacks and strokes. Amgen owns US Patents 8,829,165 (the ‘165 patent) and 8,859,741 (the ‘741 patent), which claim evolocumab antibodies that bind to proprotein convertase subtilisin/kexin type 9 (PCSK9). According to the '165 and '741 patents, the claimed antibodies block PCSK9 from binding to low-density lipoprotein (LDL) receptors in order to prevent mediation of LDL receptor degradation and to allow LDL receptors to remove LDL cholesterol from the blood stream.

Claims 19 and 29 of the ‘165 patent and Claim 7 of the ‘741 patent were at issue before the court and recite antibodies that bind to amino acid residues of the PCSK9 protein and block PCSK9 from binding to LDL receptors. In both instances, the antibodies are claimed by their epitope-binding activity, including binding to PCSK9 (‘165 patent) and blocking the PCSK9/LDL receptor interaction ('741 patent) and both patents share the same specification. Representative claims of the ‘165 patent are as follows:

Representative claims of the '741 patent are as follows:

7.  The isolated monoclonal antibody of claim 2, wherein the epitope is a functional epitope.

Amgen asserted the ‘165 and ‘741 patents against Sanofi, Aventisub LLC, Regeneron Pharmaceuticals Inc and Sanofi-Aventis US LLC (collectively Sanofi). The jury found that these claims were not invalid for lack of enablement and written description.

Sanofi appealed the decision to the Federal Circuit, which held that the district court erred in its jury instructions regarding written description and enablement and remanded the case back to the district court for a new trial.

The Federal Circuit considered whether Amgen’s specification sufficiently taught how to make and use the full breadth of its functionally claimed antibodies. All of the claims at issue recited antibodies according to their epitope-binding activity, including binding to PCSK9 (the ‘165 patent) and blocking the PCSK9/LDL receptor interaction (the ‘741 patent). The court found that Amgen’s claims were defined by their functional properties without sufficient corresponding structural features in the specification – thereby establishing a new, higher bar for functional antibody claims.

Amgen argued that, given the nature of antibodies, the broader molecular structure that the antibody binds to is a more important invention than the specific antibodies that bind to it. Sanofi countered that companies should not be permitted to patent something that they have not yet discovered and argued that the resulting patents preclude competition. The Federal Circuit sided with Sanofi, finding that the effort needed to discover the antibodies that were not specifically disclosed in the patent would take too much trial and error and that while “we do not hold that the effort required to exhaust a genus is dispositive”, the amount of effort needs to be taken into account.

Where antibody claims are functionally defined, the court provided guidance for assessing enablement that focuses on claim breadth. According to the court, “the enablement inquiry for claims that include functional requirements can be particularly focused on the breadth of those requirements, especially where predictability and guidance fall short”. Further, the court noted that “it is important to consider the quantity of experimentation that would be required to make and use, not only the limited number of embodiments that the patent discloses, but also the full scope of the claim”.

The Federal Circuit concluded that “[t]he functional limitations here are broad, the disclosed examples and guidance are narrow, and no reasonable jury could conclude under these facts that anything but ‘substantial time and effort’ would be required to reach the full scope of claimed embodiments”. Hence, the Federal Circuit affirmed the district court’s holding that the claims were not enabled.

In view of the Federal Circuit’s new guidance in Amgen v Sanofi, patentees should take particular care to describe and claim various structural antibody features without relying solely on functional properties of these antibodies. Descriptions of epitopes and epitope-binding activity will be important, but not sufficient to obtaining antibody patent protection. To improve the odds of obtaining functional claims for antibodies, patentees must meet the new, higher bar by including sufficient numbers and breadth of examples to support the claims as well as significant guidance regarding the relationship between antibody structure and function.