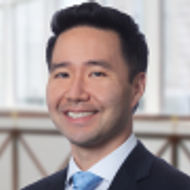 Among the issues raised on appeal was the PTAB’s inter partes review decision that all of the claims of US Patent 9,113,163 (the ‘163 patent) were unpatentable. M&K argued that the references relied upon by the board did not qualify as prior art ‘printed publications’ under Section 102 of Title 35 of the US Code. It also maintained that the board had erred in finding that Claim 3 of the ‘163 patent was anticipated when the petition in the inter partes review only asserted that it was obvious in view of the prior art. While the court affirmed the PTAB’s decision regarding the printed publication issue, it vacated the PTAB’s decision regarding Claim 3, finding that the board had markedly departed from invalidity theories presented by challengers.

The patent at issue is titled “Method of Decoding Moving Picture” and is related to decoding video files by generating motion vector candidate lists and predicting a motion vector for a current block. In 2018 Samsung filed a petition for inter partes review requesting that the PTAB find the claims of the ‘163 patent unpatentable.

Instead of focusing on the grounds of unpatentability presented by Samsung, M&K challenged whether the references relied upon by Samsung constituted printed publications under Section 102 of Title 35 of the US Code. M&K contended that the references were not publicly accessible and interested persons of ordinary skill could not have accessed any of the references by exercising reasonable diligence.

The references relied upon by Samsung “were generated in connection with the work of a joint task force to establish industry standards for high-efficiency video coding (HEVC). The task force, known as the Joint Collaborative Team on Video Coding (JCT-VC), consists of representatives from technology companies, universities and research institutions. JCT-VC holds quarterly meetings at which members submit and discuss input documents that propose changes to the HEVC standards. If the JCT-VC members agree to the proposed changes, these changes are incorporated into a working-draft document.” It was noted that the references were also uploaded onto JCT-VC’s website before the ‘163 patent’s priority date.

The PTAB disagreed with M&K and found that the references “were discussed at JCT-VC meetings and were posted on the organization’s public website”. In addition, “JCT-VC was a prominent standards-setting organization whose purpose was ‘to promulgate new HEVC standards and update the previous standards, making documents about the standards public, with updated video standards fostering world-wide trade.’” Thereafter, the PTAB ruled that the relevant claims of the ‘163 patent were unpatentable. It also found Claim 3 to be anticipated by one of the references.

Determining whether a reference is a printed publication under Section 102 involves a case-by-case inquiry into the circumstances under which the reference was disclosed to the public. “[T]he key inquiry is whether or not a reference has been made ‘publicly accessible’” (In re Klopfenstein, 380 F 3d 1345, 1350 (Fed Cir 2004)). “A reference will be considered publicly accessible if it was ‘disseminated or otherwise made available to the extent that persons interested and ordinarily skilled in the subject matter or art exercising reasonable diligence, can locate it’” (Blue Calypso, LLC v Groupon, Inc, 815 F 3d 1331, 1348 (Fed Cir 2016)).

The court also considered Mass Inst of Tech v AB Fortia (774 F 2d 1104 (Fed Cir 1985) (MIT)), in which “the reference at issue was presented orally at a conference to between 50 and 500 attendees. Id. at 1108. Afterward, copies of the reference were made available to interested persons without restrictions as to confidentiality. Id. at 1108–09. This case, like MIT, concerns both oral presentations and publicly available documents.”

In this case, the references were presented at JCT-VC development meetings, which were attended by hundreds of participants and conducted with no expectation of confidentiality. The court also found that copies of the references were made available on JCT-VC’s public website at the time of the meetings.

M&K maintained that no interested persons actually accessed the references on JCT-VC’s website and that the presentations did not disclose the substantive material relevant to the obviousness issues of the case. However, the court found that actual access is not a requirement in determining whether a reference is a printed publication and Samsung was not required to prove that the oral presentations of the references disclosed the exact material of its obviousness theories. As such, the court ruled that there was substantial evidence to support the PTAB’s finding that the references were accessible to persons of ordinary skill with reasonable diligence.

A key takeaway from this decision is that inventors should be aware of the fact that if they participate in large public meetings and present on a topic, whether oral or written, their presentations may be viewed as printed publications under Section 102 of Title 35 of the US Code. As such, in-house counsel may want to prioritise or consider filing a provisional patent application before such presentations in order to secure their inventors’ rights.

M&K also contended that the PTAB had committed procedural errors when ruling that Claim 3 of the ‘163 patent was anticipated by a reference, when Samsung’s petition only included a theory of obviousness regarding Claim 3 and explicitly conceded that the reference did not disclose all of the limitations.

The court recognised that the PTAB must “timely inform the patent owner of ‘the matters of fact and law asserted’” and “give all interested parties the opportunity to submit and consider facts and arguments”, among other requirements (EmeraChem Holdings, LLC v Volkswagen Grp of Am, Inc, 859 F 3d 1341, 1348 (Fed Cir 2017)). It also noted that they address the issue of notice by asking whether “the Board departed markedly from the evidence and theories presented by the petition or institution decision, creating unfair surprise” (Arthrex, Inc v Smith & Nephew, Inc, 935 F 3d 1319, 1328 (Fed Cir 2019)).

The court agreed with “M & K that the Board deviated impermissibly from the invalidity theory set forth in Samsung’s petition when it held that Claim 3 was anticipated by WD4-v3. Although M & K was aware of the prior art used to invalidate Claim 3 given the obviousness combination asserted against that claim, M & K was not put on notice that the Board might find that WD4-v3 disclosed all of the limitations in Claim 3 and might invalidate Claim 3 based on anticipation. That amounts to a marked deviation.”

In finding that M&K was not given notice of the anticipation theory, the court also noted that the anticipation finding by the PTAB was not inherent in Samsung’s obviousness theory. Indeed, Samsung’s position that WD4-v3 did not disclose all of the limitations in Claim 3 contradicted such a conclusion.

During post grant proceedings such as inter partes reviews, counsel should remember that when the PTAB finds a claim to be unpatentable based on a theory that was not presented by the challenger, it can argue that the board has departed markedly from the evidence and theories presented by the petition or institution decision, creating unfair surprise. In challenging a claim, counsel should also consider asserting both anticipation and obviousness theories, when possible.