Federal circuit decision is a boost for method of treatment innovators 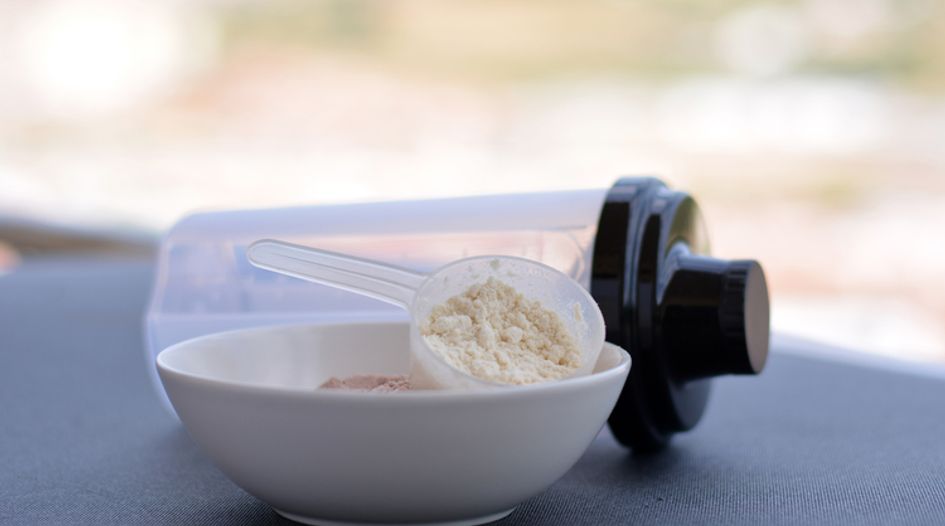 The US Court of Appeal for the Federal Circuit recently reversed a District Court decision to invalidate dietary supplements patents on the grounds of unpatentability. Affirming the patentability of methods of treatment, the ruling provides important guidance for drafting claims directed to compositions based on natural products and claims directed to method of using natural products.

The dispute in question - Natural Alternatives International Inc. v. Creative Compounds LLC – centered on several patents belonging to Natural Alternatives directed to dietary supplements containing beta-alanine – a naturally occurring amino acid – which, when combined with histidine in the body, serves to increases the anaerobic working capacity of muscles by helping the cells to maintain the proper pH for the creatine-phophorylcreatine system.

Representative of the claims at issue, Claim 1 of the ‘865 patent is directed to a “method of increasing anaerobic working capacity in a human subject” by providing to the subject “an amount of an amino acid to blood or blood plasma effective to increase beta-alanylhistidine dipeptide synthesis in the tissue.”

Having been asserted in litigation before the District Court for the Southern District of California, the patents were challenged by Creative Compounds, which claimed they were directed to laws of nature and therefore invalid under the Alice test of subject eligibility under Section 101. Natural Alternatives countered that “dietary supplement” means “an addition to the human diet, which is not a natural or conventional food, which effectively increases athletic performance when administered to the human over a period of time” and “increasing anaerobic working capacity” means “increasing the amount of work performed by a muscle under lactate producing conditions.”

The district court ruled the patent invalid for unpatentability under Section 101. It held, for example, that claim 1 of the ‘865 patent was directed to the natural law of “ingesting certain levels of beta-alanine, a natural substance, will increase the carnosine concentration in human tissue and, thereby, increase the anaerobic working capacity in a human.”

However, on March 15, 2019, the federal circuit reversed the lower court’s decision and remanded the case back to the district court for further consideration. In its analysis the court noted that “Administering certain quantities of beta-alanine to a human subject alters that subject’s natural state…This, in turn, results in specific physiological benefits for athletes engaged in certain intensive exercise…The claims…require that an infringer actually administer the dosage form claimed in the manner claimed, altering the athlete’s physiology to provide the described benefits. These are treatment claims and as such they are patent eligible.” (emphasis added)

In reaching the decision, the court cited to its decision last year in Vanda Pharmaceuticals Inc. v. West-Ward Pharmaceuticals International Ltd., 887 F.3d 1117, 1134–36 (Fed. Cir. 2018), and stated, “claims that are directed to particular methods of treatment are patent eligible.”

The court also noted that, while the claims have similarities to those found to be patent ineligible in Mayo Collaborative Servs. v. Prometheus Labs., Inc., they - unlike the claims in Mayo - “require specific steps be taken in order to bring about a change in a subject, altering the subject’s natural state. Unlike the claims in Mayo, the Method Claims at issue are treatment claims.” It held that the Natural Alternatives patent claims do more than simply recite the natural law by requiring the administration of a specific compound to achieve the claimed result.

The court concluded that “The Method Claims at issue are treatment claims. They cover using a natural product in unnatural quantities to alter a patient’s natural state, to treat a patient with specific dosages outlined in the patents. We hold, therefore, that the Method Claims are not directed to ineligible subject matter.”

In addition to method of treatment claims, the patents also contained claims directed to dietary supplements (i.e. product claims.) Natural Alternatives proposed that “dietary supplement” means “an addition to the human diet, which is not a natural or conventional food, which effectively increases athletic performance and is manufactured to be used over a period of time.”  The district court held that the product claims were directed to patent ineligible natural phenomena.

In reaching its decision, the court noted that there was evidence that the claimed dosages of beta-alanine provide results and have characteristics that naturally occurring beta-alanine cannot achieve and does not have. Finally, the court held that the “Manufacturing Claims” present in the patents “are not directed to the natural law or product of nature, but instead are an application of the law and new use of that product.”

In addition, claims directed to methods of treatment are regarded as being patent eligible, which is especially significant in light of the Akamai Techs, Inc. v. Limelight Networks under which method of treatment claims have the potential to be of significant value. Under the Akamai V test, a pharmaceutical company can be held liable for direct infringement for providing a drug product to a doctor or patient, which is used in a patented method of treatment, even though the pharmaceutical company is not the entity who is performing the patented method of treatment, but rather directing the doctor or patient to do so.