Evolution of SEP litigation in India 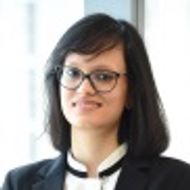 The term ‘SEP’ has become widely known owing to the recent wars between smartphone manufacturers around the globe. In India, a patent holder has an exclusive right over a patent protecting its invention as per the Patents Act (1970). Further, the patent holder is under no obligation to license its invention. While the rights granted to an SEP holder are no different, judicial precedents and industry requirements have noted that unencumbered and unregulated exclusive rights conferred to SEP holders may defeat the object of making standards available to all for public use. Indian jurisprudence on SEPs is still at a nascent stage – until now only one case had been decided in a full trial.

Ericsson as the torch bearer of SEP litigation in India

The first SEP dispute in India was Telefonaktiebolaget Lm Ericsson (Publ) v Mercury Electronics, in which Ericsson filed an infringement suit against Mercury Electronics and Micromax Informatics Ltd, claiming infringement of its eight SEPs used in 2G, 3G and 4G devices. The single-judge bench of the Delhi High Court granted an ex parte injunction in favour of Ericsson. Micromax’s appeal to the division bench of the court was dismissed and, in the meantime, the two parties – pursuant to the court’s order – entered into an interim agreement whereby Micromax agreed to pay royalties at the rate demanded by Ericsson. Thereafter, Micromax filed information before the Competition Commission of India (CCI), alleging that Ericsson had abused its dominant position by demanding an exorbitant royalty rate. Micromax argued that Ericsson had arbitrarily imposed royalties on the basis of the sale price of the phone, when they should be charged on the basis of the value of the technology/chipset used in the phone. The CCI concluded that Ericsson held a dominant position in the market for the devices in which its SEPs were essential for implementing the standard. The CCI further held that the royalty rates being charged by Ericsson had no link to the patented product and were contrary to what is expected from a patent owner that holds licences on FRAND terms. The CCI therefore ordered an investigation into the matter.

Ericsson challenged the CCI’s order before the Delhi High Court on the ground that the CCI had no jurisdiction in the matter and the vide order restrained the CCI and its director general from passing any final order in the matter.

In an order dated 30 March 2016, the Delhi High Court recognised the CCI’s jurisdiction to investigate whether Ericsson had abused its dominant position in the relevant market. Meanwhile, the Ericsson and Micromax entered into a global patent licence agreement outside of court, thereby putting an end to the long-running dispute. Micromax also withdrew the information filed before the CCI against Ericsson after signing a non-disclosure agreement.

Ericsson also filed similar cases claiming infringement of its SEPs against Intex Technologies (India) Limited and Xiaomi Technology. In both cases, the Delhi High Court took a similar view and passed similar orders based on the principle followed in Micromax.

In 2018 the Delhi High Court delivered India’s first post-trial judgement in an SEP suit in Koninklijke Philips Electronics NV vs Rajesh Bansal. In 2009 Philips filed two patent infringement suits claiming that the defendants were importing DVD player components manufactured using its patented technology and assembling them in India. Philips contended that the defendants had infringed its essential DVD video player patent (No 184753), which is an essential patent corresponding to the registered US Patent 5696505 and European Patent 745254B1. The defendants contended that they had procured the components from authorised licensees of Philips; hence, they were not infringing any patent belonging to Philips. While ruling in favour of Philips, the court held that Philips’s patent was essential for the DVD standard, accepting the essentiality certificates granted to the company’s US and EU patents. With regard to infringement, the court held that contrary to the submissions, the defendants were unable to establish that the components were imported from authorised licensees of Philips. Further, the court held that the fact that the defendants had not obtained a licence from Philips to use its SEP prima facie led to the finding of infringement, as the defendants’ products complied with the standard. The court further relied on the product-claim analysis of the defendants’ products. With regard to the applicable licence fee, the defendants were unable to adduce any evidence to prove that the licence fee charged by Philips was not on FRAND terms. Thus, the court fixed the royalty rates as proposed by Philips.

SEPs grant significant leverage to their holders as they have the power to decide the terms on which to grant licences to their patents. Although SEP holders must grant licences on FRAND terms, so far, SEP litigations in India leave much to be answered, considering that none of the aforementioned disputes went into discussing how to determine FRAND terms for SEPs or devising a methodology for the same. Further, the role of the CCI in conducting investigations and fixing royalty rates for SEPs has been left in limbo. Another peculiarity has been the court’s fixing of interim royalties on the basis of the net sale price of a downstream device, rather than the value of the patented product, as ultimately the higher royalties will be paid out of the end customers’ pocket. It is thus hoped that evolving SEP-related jurisprudence in India will immensely help in determining these core issues.