Every day counts for European SPCs

On October 6 2015 the European Court of Justice (ECJ) ruled on the question of how the term of a supplementary protection certificate (SPC) should be calculated if the grant of the relevant marketing authorisation is notified to the marketing authorisation holder some time after it is granted. The decision will be welcomed by the innovative pharmaceutical industry, as it provides additional days of protection for a significant proportion of SPCs in each EU member state. Although the term extension will typically be only one to four days, the financial benefit – particularly for ‘blockbuster’ drugs nearing the patent cliff – may be significant.

SPCs provide additional protection beyond patent expiry for products (ie, medicinal or plant protection products) that require a marketing authorisation. Their aim is to compensate patentees for the years of patent term lost during the lengthy regulatory approval processes that such products must go through before they get to market.

The term of an SPC is calculated by reference to the date of the marketing authorisation. In particular, Article 13 of the EU SPC Regulation (469/2009) defines the term of an SPC as being the time that has elapsed between the patent filing date and the date of the first marketing authorisation in the European Economic Area minus five years, capped to a maximum of five years (or five-and-a-half years if a paediatric extension is obtained).

The question then arises as to which of these dates should be used to determine the SPC term. The date of notification is typically one to four days later than the date of the decision (although it may be up to seven days later), as it generally takes a few days for the marketing authorisation to reach its intended recipient. Thus, if the date of notification were used, it would have the effect of extending the term. Patent offices in Belgium, Portugal, Slovenia and the United Kingdom appear to rely on this date. However, standard practice in many other national patent offices – including in France, Germany, Italy, Ireland, Sweden, the Netherlands and the Czech Republic – has been to use the decision date. This means that unless the SPC already has the maximum five-year term allowed, SPCs for the same product could have different durations in different member states.

A dispute between Seattle Genetics and the Austrian Patent Office (C-471/14) highlighted the issue of which of the two dates to use. Seattle Genetics had applied for an SPC at the Austrian Patent Office based on European Patent EP 1 545 613, filed on July 31 2003, and a marketing authorisation for a new active substance (brentuximab vedotin) under the commercial name Adcetris. The date of the decision to grant the authorisation was October 25 2011 and the date of notification was October 30 2011. Taking the view that the date of the first authorisation to place the product on the market within the European Economic Area in the context of Article 13 was the decision date, the Austrian Patent Office fixed the expiry date for the SPC as October 25 2027. Seattle Genetics disputed this and, having acknowledged the disparity in calculating SPC terms across the European Union, the Vienna Higher Regional Court referred the following questions to the ECJ:

(1) Is the date of the first authorisation to place the product on the market in the [European Union] pursuant to Article 13(1) of Regulation No 469/2009 determined according to [EU] law or does that provision refer to the date on which the authorisation takes effect under the law of the Member State in question?

(2) If the Court’s answer is that the date referred to in Question 1 is determined by [EU] law, which date must be taken into account – the date of authorisation or the date of notification?

On the first question, the ECJ ruled as follows:

Article 13(1) of Regulation (EC) No 469/2009 of the European Parliament and of the Council of 6 May 2009 concerning the supplementary protection certificate for medicinal products must be interpreted as meaning that the ‘date of the first authorisation to place the product on the market in the [European Union]’ is determined by EU law.

In so ruling, the ECJ emphasised the need for a uniform solution at EU level for obtaining SPCs and its wish to avoid the “disparity” that would result from “the heterogeneous development of national laws”. The ECJ noted that such disparity would likely “create obstacles to the free movement of medicinal products within the European Union and thus directly affect the establishment and functioning of the internal market”.

On the second question, the ECJ concluded as follows:

Article 13(1) of Regulation No 469/2009 is to be interpreted as meaning that the ‘date of the first authorisation to place the product on the market in the [European Union]’ within the meaning of that provision is the date on which notification of the decision granting Marketing Authorisation was given to the addressee of the decision.

The ECJ emphasised that the “fundamental objective” of the SPC Regulation is “to re-establish a sufficient period of effective protection of a basic patent”. In other words, the legislative purpose behind the SPC Regulation was to provide a duration of protection sufficient for an SPC to afford “actual” protection, or “adequate effective protection”. In this regard, the ECJ noted that “the holder of an SPC is entitled to market his product only from the date on which he is given notification of the decision granting the marketing authorisation”. The date of notification is the first date on which the SPC holder can in fact enjoy the benefit of the marketing authorisation by marketing the authorised product. The ECJ also noted that decisions granting marketing authorisations are subject to Article 297(2) of the Treaty on the Functioning of the European Union, which provides that decisions specifying an addressee must be notified to the addressee and take effect only on such notification. Further, the ECJ could not accept that procedural steps carried out between the decision granting a marketing authorisation and the notification of that decision – the duration of which is not within the control of the SPC holder – could reduce the period of validity of an SPC.

The ECJ’s decision means that, at least for the purposes of determining the term of SPCs based on centralised authorisations, national patent offices should rely on the date of notification of the marketing authorisation, rather than on the date of the decision to grant it. In Seattle Genetics, this means that the SPC for brentuximab vedotin will expire on October 30 2027, instead of October 25 2027.

The decision is relevant to all SPCs where the first authorisation of the relevant medicinal product in the European Economic Area is a centralised authorisation whose decision date is less than 10 years after the date of patent filing (ie, when the five-year cap does not apply). Although the time lag between the dates of decision and notification – and therefore the additional term – is typically only one to four days, it could still be of tremendous significance to both SPC holders and those seeking to launch generic products on SPC expiry.

For pending and future SPC applications based on centralised authorisations (with a decision date of less than 10 years from patent filing), it is now possible for applicants to request SPC terms to be calculated based on the date of notification. This ruling should lead to a change in practice for a significant number of patent offices throughout Europe.

For granted SPCs where the term has been calculated based on the earlier date of decision, it remains to be seen whether the term can be retroactively corrected – and if so, what the procedure would be. Article 17(2) of Regulation 1610/96 provides for an appeal against a decision to grant an SPC when the date of the first authorisation used to calculate the term was incorrect. However, few patent offices have implemented formal procedures for such appeals and they are likely to be handled differently from country to country. The Dutch courts have endorsed a broad interpretation of Article 17(2) of Regulation 1610/96 and held that SPC owners can request extension of the duration of an SPC at any time (Council of State decision of February 18 2015). However, it is possible that other national patent offices and courts will adopt a more restrictive interpretation, in which case a further reference to the ECJ may ultimately be necessary to resolve the matter.

Although the ECJ decision is silent on this point, its reasoning would suggest that the deadline for filing an SPC application is indeed extended. This is because it largely justifies its answer on the fact that a decision to grant a centralised marketing authorisation can take effect only once that decision has been notified to the intended recipient. The SPC holder cannot enjoy the benefit of the marketing authorisation before then, so it would be inappropriate to calculate the term of an SPC based on an earlier date. Following the same logic, there is a good argument that the period during which the patentee must file an application for an SPC should also run from the first date on which it is aware that the marketing authorisation has been granted (ie, the date on which the marketing authorisation holder is notified of the decision to grant). This is also supported by earlier comments from the ECJ (in C-127/00, Hässle AB) that there is no justification for interpreting references to ‘authorisation’ differently depending on which provision they appear in.

However, until the practice of national patent offices becomes clearer on this point, it would be prudent to rely on the earlier deadline set by the decision to grant a marketing authorisation when filing new SPC applications.

While the ECJ decision focused on centralised marketing authorisations, which take effect only once they are notified, there is an argument that the ruling should be extended to any national authorisations that similarly take effect after the date of decision to grant them. As the ECJ emphasised, it would be unfair for procedural steps outside the control of the SPC holder to reduce an SPC’s validity period. In addition, having a uniform application regardless of whether the marketing authorisation is obtained by the centralised route or another available route would meet the need for uniformity and consistency called for by the ECJ. Hence, the decision may also encourage applicants to push for longer terms of SPCs based on any such national marketing authorisations.

The ECJ decision is welcome news for SPC applicants in that it provides consistency of approach across Europe. It also provides valuable extra days of protection in territories that previously calculated the term of SPCs based on the decision date of a marketing authorisation rather than its notification date. However, the effect of the decision on SPCs already granted with incorrect terms is unclear and the ECJ did not clarify whether the date of notification should also be used to determine the deadline for filing SPCs. As with previous ECJ decisions, while some questions have been answered, further questions remain. 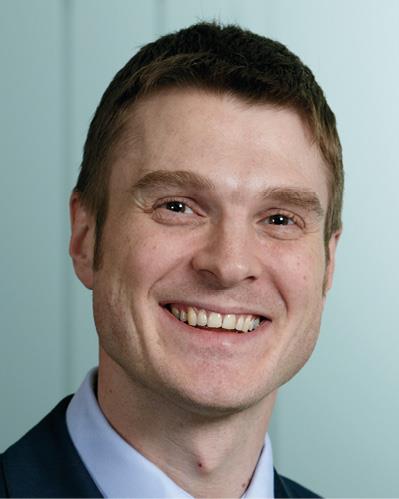 Michael Pears is a patent attorney and partner at Potter Clarkson LLP. He studied natural sciences at Cambridge University before obtaining a PhD in biochemistry at the same university, where Merck Sharp & Dohme sponsored his research. He handles a wide range of biotechnological subject matter and has particular expertise in the drafting and prosecution of patent applications concerning immunotherapy, protein stability, gene therapy, metabolic profiling, drug delivery and assay technologies. He has experience in the niche area of supplementary protection certificates (SPCs) and has been involved in coordinating the prosecution of several high-profile SPC portfolios throughout Europe, including two cases that were referred to the European Court of Justice.