With Europe set to move to patent centre stage, our San Francisco event on the UPC couldn't be better timed

On 18th February, IAM will be hosting Inside Europe’s New Patent Market at the Golden Gate Club in San Francisco. The event focuses on the EU unitary patent and Unified Patent Court (UPC) regime and has been specifically designed for a North American audience.

Earlier this month, Finland became the ninth EU member state to ratify the UPC agreement, meaning just four more – including Germany and the UK – have to do the same before the new system can get up and running. We could well be talking about months now, rather than years.

The launch of the EU unitary patent and the UPC will create a single jurisdiction encompassing four G8 economies and a total population of more than 420 million. It is likely to reduce costs and increase certainty on the continent, but not only that: Europe is set to become a much more active international patent litigation venue, while the value of European patents is sure to rise.

The impact on all companies, aggregators, intermediaries and other service providers that do business in Europe will be profound. Not only will the new system present a series of potential risks and strategic challenges to be planned for, but it will also offer a range of exciting opportunities. One thing is absolutely certain – these developments cannot be ignored.

Inside Europe’s New Patent Market boasts a world-class speaking faculty, with senior representatives from the likes of the European Patent Office, Google, Microsoft, IBM, Nokia and Ericsson, as well as a number of leading European-based private practice lawyers, attorneys and intermediaries, all slated to take part. They will provide delegates with:

No other conference taking place in the United States on the EU unitary patent and UPC offers the opportunity to access this level of expertise.

With just four weeks to go until the event takes place, there are only a few delegate places left available. To secure your place before the Sold Out signs go up, you can register here. 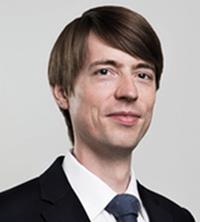