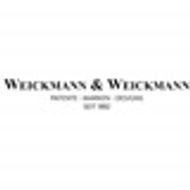 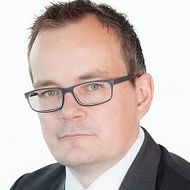 On August 4 2017 the European Patent Office (EPO) announced amendments to its examination guidelines (OJ EPO 2017, A 75).

In general, the guidelines give instructions on the practices and procedures surrounding the examination and prosecution of European applications and patents in accordance with the European Patent Convention. While addressed to EPO examiners, they are helpful tools for all applicants and patent practitioners.

The revised guidelines came into effect on November 1 2017 – PDF and HTML versions are available in the EPO’s three official languages (an HTML version which marks up individual amendments is also available). The print version has been discontinued.

Amendments and clarifications were made to all eight parts of the guidelines in order to harmonise them with legal and procedural developments, as well as with standing practice. The major change was the expansion of Part A, which now includes a comprehensive chapter on fees. Further, a number of amendments were made to sections relating to computer-implemented inventions.

Summons to oral proceedings may replace first examination report (Section C-III, 5)
Of all the amendments, the clearly strengthened power of examining divisions to issue summons to attend oral proceedings must be deemed the most remarkable.

However, the amended guidelines empower the examining division to issue summons for oral proceedings as a first action in examination if, despite the applicant’s reply to the search opinion, no possibility of a grant can be envisaged. The new guidelines state that this should happen only in exceptional circumstances – in particular:

The summons issued as the first action in examination must not include new objections or new documents. Moreover, the examining division must give at least six months’ notice from the date scheduled for the oral proceedings. It must also include a reason why the division decided to summon to oral proceedings directly as the first action in examination. In accordance with former practice, the applicant may avail itself of the possibility to submit any arguments and amendments by expiry of said deadline.

Presumably, this amendment is a way for the EPO to further streamline examination proceedings for applications. Therefore, it is expected that at least some examiners will readily make use of this new possibility.

In order to avoid oral proceedings at such an early stage, a detailed response should be filed to the search opinion which at least partially addresses the specific objections raised therein, including claim amendment filings. The previous option to file an ambitious response, which only traversed the raised specific objections under the assumption that at least one communication pursuant to Article 94(3) of the European Patent Convention would be issued, should be avoided.

Refund of examination fees (Section A-VI, 2.5)
The guideline amendments reflect pending Article 11 of the rules relating to fees which have been in force since July 1 2016.

Lack of unity of subject matter to be searched (Section B-I, 2 and B-VII, 1.2)
Previously, if the search division found a lack of unity, it drew up a partial search report with respect to the invention first mentioned in the claims. Applicants were given an opportunity to pay additional search fees covering inventions other than the first invention. Further, it was at the examiner’s discretion whether to give reasons for the non-unity objection and whether to provide an opinion as to the patentability of the searched invention. As a result, the contents of partial search reports of different applications often differed greatly.

The new guidelines clarify that reasons for non-unity findings must be provided. Further, the partial search report must comprise a provisional opinion on the patentability of the first identified and searched invention.

However, this opinion is for guidance purposes only and responses will not be taken into account before the extended European search report is drawn up.

This amendment, which is supposed to standardise examination proceedings before the EPO, will surely be appreciated. Being familiar with the raised objections, applicants will be able to make substantiated decisions with regard to the question for which inventions further search fees should be paid. In particular, this can be a helpful tool in cases where, due to the provisional opinion on the searched first invention, difficult examination proceedings must be expected. It may be advantageous to pay one or more search fees for unsearched inventions identified by the examiner, which may then be brought forward to grant within the scope of the application. Therefore, the need to file divisional applications may be avoided.