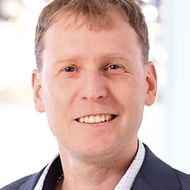 In the second part of our European Patent Office (EPO) opposition series, we revealed that German patent attorneys are growing more popular for representing non-European Patent Convention (EPC) parties who act as opponents (for further details please see “EPO opposition: choice of representative by nationality”). This may be the result of the location of EPO’s headquarters in Munich; non-EPC parties engaged in oppositions may be unaware of the fact that the EPO also has a branch in The Hague.

However, from 2013 to 2016 The Hague’s EPO branch has seen its popularity as a venue for oral proceedings in oppositions increase by 2% (from 35% to 37%) at the expense of the Munich branch (63% to approximately 61%). The EPO’s Berlin branch accounts for a constant 2% of oppositions. With the number of oppositions on the rise, the possibility of having the case heard in The Hague should be considered when choosing a representative if proximity to an EPO site is regarded a factor.

Proprietors whose patents are opposed and opponent parties interested in opposing the grant of a patent should also bear in mind that opposition proceedings are complex and require a representative with a different set of skills than those demanded in patent prosecution. The EPO has anticipated this and is adapting its internal structures to accommodate a department of examiners who specialise in oppositions. On the attorney side, the chances of success and expectation management are maximised by cleverly choosing a representative that is fit to deal with opposition dynamics.

Figure 1 shows the top private patent firms involved in most 2016 oppositions (ie, as a percentage of total 2016 oppositions). For clarity and brevity, participation in more than 1% of the total number of oppositions in 2016 was used as a cut-off criterion. Within a given private patent firm’s opposition portfolio, the ratio of cases where a firm acted as representative of a patentee or an opponent is also indicated. As defending and opposing patents before the EPO require different skills, a firm's experience in these two roles may be a factor when choosing a representative.

German and UK firms dominated the top 10 private patent firms involved in oppositions – in 2016, five were German and five were from the United Kingdom. The top four firms handling the most oppositions remained unchanged in 2016 compared to the data from 2013 to 2015 and involved only German firms: Hoffmann Eitle, Grünecker, Vossius and Eisenführ Speiser. The highest-ranked UK firm was Dehns (fifth), which pushed Carpmaels & Ransford (ranked fifth between 2013 and 2015) into sixth.

The first non-German, non-UK firm on the list for 2016 was Netherlands-based NLO, ranked 14th overall. With its headquarters in The Hague, NLO had an approximately equal number of patentee and opponent cases in 2016.

While most firms handled approximately equal numbers of patentee and opponent oppositions in 2016, some acted more frequently in one of these opposition roles than others. For example, the UK firms Dehns, Olswang and Marks & Clerk and German firm dompatent were clearly more active in patent defending; the entire opposition portfolio of UK firm Mewburn Ellis seemed to focus on representing patentees. A clear inclination towards opposing patents is discernable in the portfolios of German firms Eisenführ Speiser, Ter Meer Steinmeister & Partner and BRP Renaud & Partner as well as UK firms Potter Clarkson, D Young & Co and Elkington & Fife; German firm Hamm & Wittkopp even acted solely on behalf of opposing parties.

Another factor for choosing a representative may be its familiarity with a certain type of technology, which will be the subject of our next EPO opposition series installment.

Summary
In 2016, oppositions continued to occur mostly at the EPO’s Munich branch, although The Hague’s EPO branch is growing more popular. The top 10 private patent firms involved in 2016 oppositions was dominated by German and UK firms. The first non-German, non-UK firm on the list for 2016 was Netherlands-based NLO, ranked 14th overall.