The EPO and double patenting: a case that could have a significant impact on common filing strategies 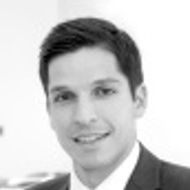 For the first time, questions have been referred to the Enlarged Board of Appeal specifically addressing the EPO’s approach to double patenting. They concern the circumstances, if any, in which there might be a legitimate interest in the same applicant being granted multiple patents for the same subject matter.

It is possible that the Enlarged Board’s answers will have a significant impact on filing strategies that are frequently employed at the EPO. For example, the answers could be relevant to strategies that involve filing divisional applications to protect against commercial or legal uncertainties. Another common strategy that might be affected is the use of parent and divisional applications to prosecute subject matter at an accelerated pace (eg, narrow claims of the highest commercial value), while prosecuting other subject matter at a slower pace (eg, claims of broader scope).

The questions come from the Technical Board of Appeal 3.3.01, which handles pharmaceutical matters, and concern an application filed by Nestec SA. The application (09159932.4) was refused by the Examining Division following an assessment that Claim 1 was “100% identical” to the subject matter claimed in the patent from which 09159932.4 claimed priority. The Examining Division therefore argued that the grant of 09159932.4 would be contrary to the prohibition on double patenting referred to in the obiter dicta of Enlarged Board decisions G1/05 and G1/06. Nestec SA appealed the Examining Division’s refusal.

According to G1/05 and G1/06, the principle of the prohibition on double patenting is based on the idea that “the applicant has no legitimate interest in proceedings leading to the grant of a second patent for the same subject-matter if he already possesses one granted patent therefor”. However, subsequent decisions have provided conflicting views on the circumstances under which applicants have a “legitimate interest” and the subject matter is the “same”.

The Technical Board of Appeal issued a communication prior to oral proceedings where it recognised the discrepancies in the EPO case law and stated that “there is no uniform practice and even conflicting case law on the question of whether and to what extent double patenting is prohibited”. Oral proceedings took place before the Technical Board of Appeal on 7 February 2019, but the written decision has not yet been issued. However, based on the minutes, the questions referred to the Enlarged Board of Appeal are likely to be as follows:

a patent application on the basis of which a patent was granted to the same applicant?

The answer to the last question should clarify whether an extra year in the patent term is a legitimate reason for pursuing identical claims in a second patent, claiming priority from the first.

The decision from the Enlarged Board of Appeal, which we expect in 2020, may have a significant impact on common filing strategies.