To strengthen IP protection and ensure the uniformity of adjudication standards, China has reformed its IP judicial trial system. In 2014, three specialised IP courts were established in Beijing, Shanghai and Guangzhou. As the first-instance courts, they handle patent and technology trade secret cases, including:

Since the IP courts were set up, 20 IP tribunals have been established in 17 provinces, including Jiangsu, Zhejiang and Tianjin. Patent and trade secret cases that do not fall within the jurisdiction of the specialised IP courts and tribunals are heard by the municipal intermediate courts. On 1 January 2019, the IP Court of the Supreme Court was established to hear appeals of IP cases. It is the equivalent of the US Federal Circuit. With the specialised IP courts and consolidated appellate court, China expects to greatly enhance IP protection and streamline IP litigations.

When a patent or a trade secret case is filed with the court, a notification of acceptance will be issued by the court in seven days and the complaint and evidence will then be forwarded to the defendants in five days. If foreign defendants are involved, the complaint must be served through the Hague Convention. Defendants are required to submit an answer within 15 days of receipt of the complaint. The court will usually set up a 30-day evidence submission deadline. Parties can submit an expert report or appraisal report which is subject to cross-examination. There will be several rounds of preparatory hearings to construe the patent claims, decide the scope of the trade secret or cross-examine evidence, among other things, before the final hearing. The final hearing usually takes between half a day and two days, with the time taken to issue a decision varying from case to case. At the Beijing IP court, for example, it usually takes two to three years to complete a patent infringement case, and much longer for a complicated trade secret case. For other IP courts and tribunals, it usually takes approximately one year to 18 months.

Under China’s patent law, the statute of limitation is two years, calculated from the time that the patent owner knew or should have known of the infringement. However, the most recent Amendment to the Civil Procedure Law has changed the statute of limitation regarding civil cases to three years. Despite the conflict, the prevalent view is three years for both patent trade secret cases. However, if the infringement is ongoing, the cases can be filed, regardless of when the clock starts ticking. The doctrine of lapse is not applicable in China.

Unlike common law countries, there is no discovery in China. The plaintiff must usually collect all the evidence before a case is filed. In general, the evidence collection process must be notarised (eg, a notarised purchase of an infringing product, a notarised on-site investigation of an infringing site, and a website notarisation of infringing online sales). For example, when purchasing an infringing product, the steps of placing an order online or in a shop and then receiving the product, can be done in the presence of a notary public so that the process can be notarised in a report. Courts give more weight and credit to notarised evidence.

Parties may request the court to preserve the evidence if it is likely to be lost or difficult to obtain in the future. Bonds are routinely required. Measures for preservation of evidence include freeze and seizure. In trade secret cases, the plaintiff can request seizure of the copy of the customer list stored on the defendant’s laptop or servers because these can be easily erased.

Parties may also request Customs to seize the infringing products in cases involving the import or export of infringing products. On seizure of the products by Customs, the party has 20 days to file a patent litigation and request the court to issue an evidence preservation order. Otherwise, the seized products will be released.

Parties can also submit an expert report prepared by an expert. To introduce such an expert, a party must submit a written application to the court, providing the expert’s professional qualifications, titles and work experience. Like a regular witness, the expert can give testimony on whether there is infringement and whether the trade secret is within the public domain. It can answer specific questions from the judge and the parties, raise professional questions about the other party’s appraisal report and be cross-examined. An expert can be an independent third party or an employee of a party. An expert from within the company is not as effective as an outside expert. It is recommended to retain an expert with significant experience, credentials and communication skills.

An appraisal agency-issued report tends to carry more weight because the agency has a certain level of qualification and is required by law to complete the report objectively, impartially and honestly.

In addition, damages for wilful misappropriation of a trade secret can be increased fivefold. Statutory damages have been increased to Rmb5 million.

These new and positive rules are encouraging rights holders to seriously consider asserting trade secret claims that otherwise seemed too difficult to pursue under the old rules.

The Jiangsu High Court issued the Trade Secret Case Trial Guideline, which is widely followed by local courts. It requires the plaintiff to clarify the scope of its trade secrets before the evidence submission deadline. Expansion of the trade secret later in the case is not permitted. The plaintiff is also required to lay out the difference between the trade secret and public domain. Parties are encouraged to retain experts, appraisal agencies and a counselling technician to assist on the technical side of the case.

A bond must also be posted.

Permanent injunctions are almost always granted after a finding of infringement, which makes China an appealing venue. eBay factors are not part of the consideration. Only when there is considerable public interest regarding health and safety will a permanent injunction be denied.

China has no protective order, meaning that parties who are familiar with common law practice usually worry about a potential leak of confidential information during litigation. In practice, certain measures have been incorporated to prevent such leaks:

With these precautions, parties’ interests are best protected.

There has been some remarkable progress made in Chinese patent and trade secret law towards greater protection for rights holders.

The Draft Amendment to the Patent Law stipulates that the duration of the innovative drug invention patent may be extended for no more than five years. The draft also introduces punitive damages. For intentional patent infringement with “serious circumstances”, the amount of damages could be fivefold the patentee’s loss, the infringer’s profit or the patent royalty. The statutory compensation has increased from Rmb1 million to Rmb5 million.

The Draft Judicial Interpretation on Trade Secret Protection by the Supreme Court is set to bring more clarity on trial of trade secret cases by lower courts. The draft reflects the shifted burden of proof in the Anti-unfair Competition Law and adds that once the burden shifts to the defendant, the defendant must prove that either the trade secrets have been known to the public or that the defendant did not misappropriate. In addition, it is also the defendant’s burden to prove that it obtained the trade secret through reverse engineering, research and development, transfer or licensing. It also codifies precautionary steps that courts have taken to prevent leaks of confidential information during a litigation. Whistle-blower immunity is provided for anyone who discloses a trade secret when reporting crimes to the government or police.

The effects of the draft amendments are yet to be seen, but they showcase China’s willingness to reinforce IP protection and will help boost confidence in enforcing intellectual property and doing business in China. 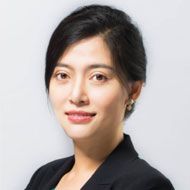 Ping Gu is a partner in the IP department of Zhong Lun Law Firm. She graduated with a JD from Washington University at St. Louis Law School, United States. She practised law in the United States for eight years and successively engaged in the IP field during her time with Morgan & Finnegan and Milbank Tweed. Her practice area involves the litigation of patents, trademarks, copyrights, ITC 337 investigation, patent prosecution and patent licensing, both in China and the United States.