India’s obligation to comply with the World Intellectual Property Organisation Agreement on Trade-Related Aspects of Intellectual Property Rights led to the enactment of the Patents Amendment Act, 2005, which made Indian patent law more or less consistent with the laws of other signatories. However, controversy continues to rage over significant issues affecting rights holders.

The Indian IP scene has undergone a sea change over the past decade, as it seeks to transform itself into a system where monopoly rights over intellectual property are balanced against the public interest. India’s obligation to comply with the World Intellectual Property Organisation Agreement on Trade-Related Aspects of Intellectual Property Rights led to the enactment of the Patents Amendment Act, 2005, which made Indian patent law more or less consistent with the laws of other signatories. However, controversy continues to rage over significant issues affecting rights holders, such as Section 3(d) of the Patent Act, which is unique to India; frequent invocation of the provisions on compulsory licences; protracted court proceedings; and a lack of suitable compensation for patentees that successfully enforce their rights.

Innovation, technological advances and the commercial gains deriving therefrom are leading to increased litigation. It is thus crucial not only to obtain patents for innovations, but also to develop a strategy to prevent their invalidation or infringement. Some of the emerging trends in patent litigation in India are discussed below; they should help to inform a suitable strategy to optimise patent exploitation in India.

Choice of forum to attack validity

On June 2 2014 the Supreme Court issued a judgment with far-reaching implications for the manner in which invalidation issues are adjudicated in India. The case addresses the issue of jurisdiction for determining a patent’s validity, which the Patents Act, 1970 envisaged as resting with the High Court on the one hand and the Intellectual Property Appellate Board (IPAB) on the other.

In the pending infringement suit before the Delhi High Court, Wobben argued that the defendants could not be permitted to pursue revocation petitions before IPAB on the grounds that they had already exercised the option of pursuing counterclaims in the infringement actions. The court ruled in favour of the defendants, stating that the Patents Act does not envisage such a doctrine of election and thus both proceedings could proceed concurrently. The issue was taken up on appeal before the Supreme Court, which made the following observations:

Patent trolls nipped in the bud

Patent trolls or non-practising entities are becoming an increasing nuisance the world over. ‘Patent troll’ is a negative term used to describe an entity that enforces its patents against one or more alleged infringers in a manner that is considered unduly aggressive or opportunistic. Such entities seldom have any intention of manufacturing or marketing the patented invention – their sole purpose is to make money through cease and desist orders and patent infringement litigation.

Recently, the IPAB has revoked three patents of such entities – not only sending a clear signal to future patent trolls that such actions will not be tolerated, but also preventing multiple proceedings from occurring in the same case.

The real test of patent infringement litigation arises at trial, where the parties must produce credible witnesses. Success in complex patent litigation significantly depends on the evidentiary value of expert witnesses. Recent patent cases have attempted to shed much-needed light on the issue of credibility when it comes to expert witnesses. In Vringo v Indiamart (August 5 2014) the Delhi High Court noted that the legislature was cognisant of the fact that patent law may deal with extremely intricate inventions in scientific, technological, pharmaceutical and other fields with which the courts may be unfamiliar. That is why Section 115 of the Patents Act provides for the appointment of a scientific adviser to provide expert assistance. Rule 103 of the Patent Rules, 2003 states that before a person can qualify as a scientific adviser, he or she must have:

In this case the court assessed the parameters to qualify as an expert witness alongside Rule 103, holding that a scientific adviser must simply be an expert in his own field within the terms of Section 45 of the Evidence Act, 1872. If a person cannot be termed a scientific adviser under the parameters of Rule 103 of the Patent Rules, then prima facie he cannot be called ‘an expert’, as the plaintiffs had claimed.

However, this finding was reversed in Vringo v ZTE (August 13, 2014), in which the court held that: “Be that as it may, it is accepted and recognised that a person can be an expert in an area of specialised knowledge by experience and he or she need not hold a degree in the field of specialised knowledge. A person can also become an expert by virtue of their avocation or occupation.”

This judgment is important not only for its observation regarding expert witnesses, but also because of the trial scheme proposed by the judge. The court ordered the establishment of a panel of three scientists to examine the technologies claimed by Vringo and the technology practised by ZTE.

The importance of the Section 8 requirement was highlighted in Chemtura Corp v Union of India (2009), in which it was strictly enforced. Section 8(1)(a) of the Patents Act requires applicants to file a statement setting out the detailed particulars of any application filed in any country outside India regarding an identical or substantially similar invention. IPAB interpreted this judgment as requiring 100% strict regimented compliance, failing which the patent at issue should be cancelled. Its interpretation created widespread fear that a large number of Indian patents were at risk of invalidation. IPAB directed the controller of patents to apply this provision strictly, causing consternation among patent holders worldwide.

Fortunately, however, in its recent judgment in Sukesh Behl v Philips, the Delhi High Court Appellate Bench provided welcome relief by adopting a reasonable and purposive construction to Section 8 compliance with regard to the status of pending foreign applications. The court held that in order to invalidate a patent under Section 8, it must ascertain whether there was deliberate or wilful suppression of information that was relevant and material to grant of the patent by the Patent Office. If the court prima facie finds that the non-disclosure may have had a material bearing on the controller’s decision and was deliberate, this will amount to breach of the applicant’s obligation under Section 8, which constitutes grounds to revoke the patent.

‘Compulsory licences’ are generally defined as “authorisations permitting a third party to make, use or sell a patented invention without the patent owner’s consent”. Chapter XVI of the Patents Act specifically deals with compulsory licensing. India’s first compulsory licence was granted by the Patent Office to Natco Pharma Ltd, to produce a generic version of Bayer Corporation’s Nexavar, used in the treatment of liver and kidney cancer. The controller issued the compulsory licence on all three grounds set out in the act:

The appeals were dismissed up to the Supreme Court.

In another case the Delhi High Court held that Section 107A of the act covers the export of patented products for use by an overseas importer to conduct studies and generate data in order to seek regulatory approval in that country. The court discussed the amendment and the intent behind incorporating Section 107A, distinguishing between it and the US safe harbour provisions. It concluded that exporting Sorafenat for activities that would lead to it gaining regulatory approval fell within the exceptions set out in Section 107A. It also observed that while an inventor’s initiative and effort must be rewarded, this protection is limited and should not stifle further development and restrict participation beyond the period of exclusivity. In addition, the safe harbour exception must extend to permitting the development of overseas sources.

In a case involving the drug Dastinib, the Patent Office rejected Mumbai-based BDR’s application for a compulsory licence on the grounds that the threshold for establishing a prima facie case for seeking a voluntary licence had not been established. Although few applications have been made to obtain compulsory licences and the law is still developing, the overall trend suggests that the Patent Office and the courts are inclined to grant such licences in the public interest if the application is made in good faith by the applicant after it has exhausted all reasonable means to obtain a voluntary licence. 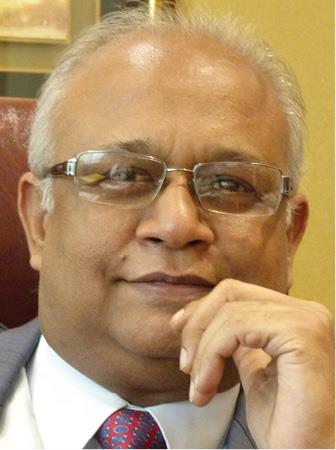 Hemant Singh is a well-known IP litigator, as well as managing partner and a founding member of Inttl Advocare. He is a litigation counsel and a registered patent agent. He has been lead counsel in several landmark IP cases and involved in many litigations dealing with complex patent issues. With a diverse worldwide clientele, Mr Singh advises and represents many Fortune 100 and 500 companies. He has been appointed by the International Trademark Association to represent it in its first-ever amicus brief before the Supreme Court of India in Samsung Parallel Imports. Mr Singh has handled over 1,700 IP litigations in various courts and argued complex legal issues in the field of intellectual property