The protection and enforcement of IP rights is one of the major components of international economic trade and scientific cooperation. For companies acting in various technical fields, patents are among the most important intangible assets which can be financially exploited to benefit the business.

Worldwide patent protection is common for large companies that already have a presence on the international market and have well-established distribution and marketing channels in multiple countries.

For start-ups and small to medium-sized enterprises (SMEs), or even for single inventors, patent protection in foreign countries might be useful if they can handle the prosecution costs, and only to the extent that their business has potential customers or competitors abroad. Where financial constraints exist, smaller companies look for potential licensors to bear those costs, or other companies interested in buying their invention.

Thus, if a player within a technical field has drafted a patent application, that player must, in accordance with its business interests, decide whether the best option really is to file internationally.

Legislation is in place providing that the first filing of a patent is based on the inventor’s nationality and/or the territory or country where the invention was created. Once the first filing requirements are complied with, the applicant has two paths via which file a patent application abroad:

The Paris Convention (signed in 1883) is an IP treaty to which 177 member states are currently signed up. It allows patent applicants to file applications (so-called ‘conventional patent applications’) directly in one or more country of interest, at 12-month intervals from the first patent filing, as well as filing a PCT application.

In 1978 the PCT entered into force in only 13 member states. Today it has 152 member states, from which almost 80% are developing and least-developing countries. This system aims at providing a more economical and effective means for applying for a patent application, especially when the applicant intends to protect its invention in numerous countries.

Maximising protection – is it advisable to use the PCT system?

National or regional patent offices have the authority to grant patents, but a PCT application offers a valuable means of managing the costs of entering the national phase.

As part of the PCT system, an applicant gains time – approximately 30 months from the first priority date – to understand in which states the patent deserves to be obtained or further prosecuted. During the international phase the applicant will have time to:

In this context, the PCT system is an accessible and important tool for supporting innovation, R&D and investments in various economic areas. It is available to all types of applicant, including those that initially cannot financially sustain patentability costs in multiple countries.

The PCT system offers applicants the means to defer costs for filing national patent applications or time to find potential investors or licensees that could pay the prosecution costs. It also offers the possibility of initially assessing the chances of obtaining a patent, as well as the possible extent of protection for any allowable patent claims.

Use of collaborative search and examination programme

On 1 July 2018 five of the largest IP offices – known as the IP5 offices (ie, the European Patent Office (EPO), the Japan Patent Office, the Korean Intellectual Property Office, the China National Intellectual Property Administration and the US Patent and Trademark Office) – launched the operational phase of a pilot project on collaborative search and examination under the PCT.

Pursuant to this pilot programme, the examiner of the chosen ISA prepares a provisional international search and a provisional opinion on patentability. The application is then transmitted to peer examiners in the other four IP5 offices. After the peer examiners bring their own contribution to the search, it is sent back to the ISA examiner, who will issue the final ISR form and written opinion. The peer examiners’ contributions are published as separate documents to the ISR and written opinion.

The applicants’ responses to the IP5 pilot programme have been extremely good. On 1 July 2019 the EPO published in its Official Journal that it had just re-opened applications. The EPO will accept up to 100 PCT applications filed in any of its three official languages, English, French and German, out of which a total of 10 applications must be in French or German.

It remains unknown whether a positive ISR issued under the pilot programme will allow an application to be prosecuted quicker in the national/regional phases at the IP5 offices. Nevertheless, applicants have welcomed this project, particularly due to its aim at harmonise international searches in the IP5 offices and the fact that there is currently no additional search fee.

The PCT system enables applicants to request a further supplementary search. Nevertheless, such supplementary searches are not expected to be requested on a regular basis. The World Intellectual Property Organisation’s (WIPO) statistics show that only around 60 supplementary international search reports were issued in 2018. Also, since 2013, the number of these types of report was never higher than about 100 cases per year.

It is known that the search report in the international phase is performed by one of the competent ISAs specified by the receiving office.

Depending on the commercial value of a particular patent application, after receiving the main ISR, it may be worthwhile for an applicant to request a supplementary search, especially when there might be prior art published in a language which is not the working language of the ISA, and depending on the technical field of the invention.

Any new cited document would help the applicant to:

For some applicants this might be a useful tool, since the authority performing the supplementary search report is not limited to those specified by the receiving office. However, this facility provided by the PCT is not regularly used, due to the additional fee and because the choice of office providing the supplementary search is extremely limited in comparison to the ISAs (as can be seen in the PCT Applicant’s Guide). Currently, there are only 10 national or regional patent offices performing such additional searches.

Although the IPER is known to be a preliminary and non-binding opinion, national patent offices often consider its reasoning, which could lead to diminished legal fees associated with an office action. The applicant may choose to use similar arguments to overcome the examiners’ objections, especially in those countries with less capacity or fewer resources for patent examination, or which rely on an IPER established by certain ISAs (eg, the EPO). Romanian examiners, for example, often consider not only the results of the IPER, but also the ISR as established by the EPO, one of the competent ISAs for Romanian applicants.

It is usual that the IPERs also assign the PCT application entering the national or regional phase to the same examiner who established the IPER. Since the duplication of work and time spent on examination is avoided, it may result in a more expedite examination and the issuance of the patent in a shorter period.

Romania has very few PCT applications: with 28 in 2016, 31 in 2017 and 44 in 2018. Most of them come from individuals who, unless they find investors or possibilities to license their inventions, rarely have the funds to further pursue applications to national level.

Challenges to the PCT systems in Romania

What can be improved?

Romania has recognised, at least at declaratory level, that IP rights are critical to business innovation, competition and economic growth.

In order to sustain the filing of patent applications abroad, the Romanian government has approved a local assistance programme for patent applicants, Romanian natural persons or SMEs, which, if eligible, may benefit from the official payment of foreign offices.

As an incentive for local or foreign companies investing R&D in Romania, a special law on employee inventions entered into force in 2014. The law favours employers at least in the respect of the compensation to be paid to their inventor-employees, as the compensation amount may be established by the employer’s internal regulations. There are no specific limits or ranges established by the current law.

In addition, the IT and communications sector in Romania has undergone rapid development over the past decade, reaching more than 6% of the gross domestic product and with more than 100,000 specialists employed in the field. The government has consistently sustained this sector by applying tax reductions and maintaining relatively low labour costs compared with other EU member states. The same approach could also be applicable to other R&D fields, while still complying with EU competition rules.

There has been no evolution regarding the eventual filing of computer-implemented inventions, excluding software which is not patentable across Europe, including Romania. There is no information available regarding Romanian employees working in multicultural teams which have contributed to inventions filed abroad in countries where software business models are patentable.

It would be highly desirable for Romania to become a research hub for domestic and foreign R&D companies, but there is still much to be achieved, including the following:

Competent government specialists, including those from the Romanian Patent Office, could work together locally and even internationally, while foreign patent attorneys could develop regional programmes for the promotion of innovation, registration and exploitation of R&D within local companies, providing IP professionals with training and HR development in the patent field. 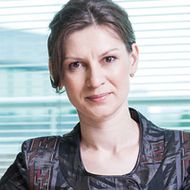