Dressing up a brand against lookalikes: part two 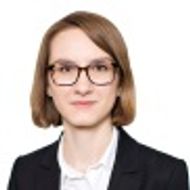 Fashion brands may find it difficult to protect their designs under traditional methods of IP protection (for more information, please see "Dressing up a brand against lookalikes: part one"). Part two of this update looks at the more unconventional method of trade dress protection and highlights previous key trade dress cases in Russia.

Trade dress protection
In contrast with other jurisdictions (eg, the United States), in Russia trade dress is not subject to registration or protected as an exclusive right of the brand owner. Under the Russian Civil Code, protection is granted only for the IP rights that are identified in the statute, such as patents and registered trademarks; the list does not include trade dress.

Recognition for trade dress can be found under Article 14.6(2) of the Federal Law on Protection of Competition, which prohibits copying or imitating the external design of a competing business’s goods – such design may include any elements that characterise the business or its goods. The term ‘goods’ also covers services;therefore,  it should be possible to protect the appearance of a retail outlet as trade dress. Unfortunately, there are yet to have been any such cases.

The Federal Anti-monopoly Service (FAS) is responsible for administrative proceedings under Article 14.6(2), which can be initiated by the plaintiff or the FAS ex officio. Following the decision, a claim for damages as a result of a competitor’s unfair actions can be filed with the court. Unfair competition civil lawsuits can also be filed as an alternative to administrative proceedings. However, Russian attorneys generally prefer FAS proceedings, as the FAS has more experience and its standard of proof is favourable to such cases. If the FAS refuses the case, the plaintiff may appeal to the court or file a civil lawsuit. The FAS can rectify the violation, for example, by removing the products from stores and ceasing their manufacture. It may then charge the infringer an administrative fine under Article 14.33 of the Code of Administrative Offences. The disadvantage of not being able to compensate damages under this procedure can be negated by the damage caused to a competitor’s reputation by the publicity of such cases, since fashion disputes are uncommon in Russia.

Kikkoman v SanBonsai
Well-known soy sauce brand Kikkoman successfully challenged a Russian soy sauce bottle design. A Russian company started its own soy sauce product, SanBonsai, which was deceptively similar to the globally famous Kikkoman bottles, which were designed in 1961. Kikkoman succeeded in proving that its sauce was the first to enter the Russian market in comparison to its competitor, and that its bottle design is eminent among Russian consumers. The FAS assessed the similarity of the packaging, including:

SanBonsai was found to have engaged in unfair competition as it aimed to benefit from the market at its competitor’s expense. The FAS ordered the manufacturer to stop selling and marketing the product – a decision that was supported by the appellate courts.

Valio v Baba Valya Butter
Dairy producer Valio asserted that a local business was using packaging which was confusingly similar to Valio’s packaging for butter. The fact that the infringer had voluntarily changed the style of the packaging while the case was under consideration did not exempt the business from liability. The packaging was found to be visually similar enough to confuse consumers and the FAS ordered the business to pay an administrative fine of approximately $1,750.Healthcare products

While the imitation of food packaging may result only in the loss of goodwill and reputational harm, a lookalike of a medicinal product’s packaging can have serious health implications. The producer of dietary supplement QUDESAN discovered that its competitor had rebranded a similar product containing coenzyme Q10 cell energy by using a colour scheme, font and design nearly identical to QUDESAN’s packaging. Both products were sold at the same drug stores and in close proximity to each other, which increased the chances of a mix-up. The appellate court upheld the FAS order that the manufacturer cease its violation of anti-monopoly law and pay a fine.

Use of colour
Consistent use of one colour for branding products can be sufficient defence of brand, even when it is not registered as a colour trademark. In one such case, a Russian telecommunications service provider began selling subscriber identity module (SIM) packages in a colour typically associated with its direct competitor. Russian mobile service provider MTS received notice from its competitor, Megafon, regarding the use of the colour green on its new SIM packaging, which typically differentiated the companies’ products; MTS was known to consumers through its red and white branding. On receiving notice, MTS immediately destroyed all deceptive packaging. According to a survey submitted by Megafon, 72% of respondents associated the new green SIM packaging with Megafon, which could lead to deception as to its source of origin. As MTS had destroyed the deceptive packaging on notification, the FAS decreased the fine to $3,940 and did not issue an order to rectify the violation.

Fashion industry
A case where the subject matter closely related to the fashion industry was the dispute between cosmetic brands KIKO Milano and LULU.  A public opinion poll revealed that most consumers either confused the brands completely or believed that they originated from the same manufacturer. Moreover, LULU Paris products were perceived to be of better quality, since they allegedly originated from Paris. The FAS found that LULU Paris used a logo deceptively similar to Givenchy’s trademarks, which constituted a violation of antitrust and unfair advertising laws.

In such cases, the applicant bears the burden of proof in respect of the distinctive qualities of its product (eg, providing evidence of advertising and marketing expenses, and consumer awareness). Trade dress, as with design, should not be dictated solely by the product’s functions. Public opinion on the distinctive character of a product compared to that of its competitor, for example, is a key consideration in similarity cases. Unlike courts or patent and trademark offices, the FAS often initiates public polls on its website regarding the similarity of products.

Comment
Although trade dress cases in the fashion industry are rare in Russia, the extensive involvement of the FAS in trade dress litigation leads the way for designers to pursue this unconventional method of IP and brand protection. It is a valuable alternative approach towards the protection of luxury and iconic brands

Russian Federation
Back to reports