The fundamental premise of all patent laws is to provide for a quid pro quo between the state and the inventor: in return for disclosing an invention to the public, the inventor is granted the right to exclude others from practising the invention for a limited time. However, the extent to which an inventor must disclose its invention varies in different jurisdictions.

Recent decisions of the Patent Re-examination Board demonstrate that the requirements for disclosure in China have become less strict since 2013. This article reviews two cases in the chemical sector to illustrate this trend and provide insight into addressing the issue of disclosure.

‘Sufficient disclosure’ is a special term used in the Patent Law. Similar expressions, such as ‘enablement’, can be found in other jurisdictions (hereinafter, the two terms are used interchangeably). However, the requirements on disclosure in China used to be extremely strict and distinct from those in other jurisdictions, especially in the chemical and life sciences sectors, causing much confusion and concern among foreign patent applicants.

According to the Guidelines for Patent Examination, ‘sufficient disclosure’ means not only that the technical solution per se can be carried out by one skilled in the art, but also that a skilled artisan can be shown that the technical solution solves the technical problem and achieves the alleged technical effects, according to the disclosure of the description (see Section 2.1.3 of Chapter 2, Part II of the Guidelines for Patent Examination 2010). The latter two aspects used to be the focus of much debate, especially in the chemical sector, where it was held that predictability as to the technical effect was relatively poor without data validation.

According to the guidelines, the straightforward way to address non-enablement is either to argue that a skilled artisan would be shown that the invention can achieve the alleged effects based on the qualitative or quantitative data described in the description, or to argue that the technical effect or use can be predicted from the prior art.

A close look at re-examination decisions and invalidation decisions of the board makes it clear that neither of these routes would have worked before 2013, unless the relevant activity data had been described in the original description – even if the technical effect had been described or supplemental data submitted to prove that the invention could actually achieve the alleged effects set out in the description. Further, these routes would still have been unlikely to succeed before 2013 if the activity data range had been disclosed without the corresponding specific compounds or products being indicated.

However, statistics on recent decisions of the board show that the requirements on disclosure have been considerably relaxed since 2013.

The following statistical data was obtained by analysing the re-examination decisions issued by the board on its website. The decisions analysed include cases in all technical fields, not just those in the chemical sector. The statistical data shows that the requirements on disclosure have become less strict in the past two years. No more than 50% of the final rejections on the non-enablement issue were withdrawn by the board before 2013. In contrast, the percentage of withdrawn final rejections jumped to almost 70% in 2013 and to over 80% in 2014.

This article reviews two cases in the chemical sector in order to further illustrate recent trends in disclosure requirements. In both cases it would be almost impossible to overcome the issues of sufficient disclosure that were raised before 2013.

The first case (CN 101133082 A) related to a specific peptide of N-ε26-[specific acyl]-[Aib8,Arg34]GLP1(7-37). The compound is a specific GLP1 analogue, with modifying two non-proteogenic amino acid residues at positions eight and 34 relative to the sequence GLP-1(7-37), which is acylated with a moiety to the lysine residue at position 26.

The ’082 application disclosed how to prepare and identify the claimed compound, as well as biological assay methods to test the bio-activity being described. However, it did not disclose any activity data.

The application was rejected due to non-enablement at the substantive examination stage. Specifically, the examiner took the position that not only did the description provide no data to prove that the claimed compound had the therapeutic effect of GLP-1, but neither could the technical effect of the claimed compound be predicted from the prior art, as it was a new compound.

The applicant filed a request for re-examination before the board and argued that the technical effect could be predicted from the state of the art. When filing the request, the applicant also submitted several prior art documents to support its arguments.

After considering the applicant’s arguments and the state of the art, the board found that the technical effect of the claimed GLP-1 analogue could be predicted based on the prior art and withdrew the final rejection. Its main reasoning was that GLP-1(7-37) is a well-known compound, with prior art showing that it lowers blood glucose. Many GLP1(7-37) analogues have been disclosed in the prior art with the purpose of reducing blood sugar, and it can be seen that the GLP1(7-37) analogues have the same main structure. GLP1(7-37) analogues are polypeptides, whose main structure plays an important role in their function. A comparison shows that this main structure was also shared by the claimed compound. Someone skilled in the art could therefore predict that the claimed compound would also have the technical effect of lowering blood glucose. Thus, the ’082 application disclosed the claimed compound sufficiently (Re-examination Decision 80658, December 25 2014).

The second case (CN 101711249 A, the ’249 application) involved a compound of general formula I or its pharmaceutical acceptable salt.

The ’249 application disclosed the preparation and identification for many specific compounds. The specification also described bio-assay protocols. With regard to the activity data, it set out that “the PI3K inhibitor is selected from the compounds in Table 1 having a PI3K-binding affinity of about 1 μM or less”. However, this table provided no specific activity data for any of the listed compounds therein.

The ’249 application was thus rejected due to non-enablement issues at the substantive examination stage. Specifically, the examiner took the position that someone skilled in the art would be unable to determine the specific compounds from which the experimental result had been obtained (ie, there was no clear relationship between the specific compounds and the activity data).

The applicant filed a request for re-examination.

These two cases clearly demonstrate the recent trends in disclosure requirements, and that these are being gradually relaxed by the board. In the second case the activity data was acknowledged without the relationship between the data and the test products being disclosed. More impressively in the first case, if the technical effect could be predicted from the prior art, the board found that non-enablement was no longer an issue, even if no data had been disclosed in the description.

Recent trends – based on the statistics and analysis of re-examination decisions – show that disclosure requirements for inventions have been relaxed, which is good news for applicants, especially those in the chemical sector. However, inventiveness requirements in this field remain unchanged and establishing inventiveness still relies heavily on the described technical effect, together with validation data. How to coordinate strategies for overcoming disclosure issues and for inventiveness issues, especially for a case that relies on the prior art to overcome disclosure issues, remains problematic. Although disclosure requirements have been relaxed, it is recommended that applicants include validation data in the original description in order to prove the alleged effect. 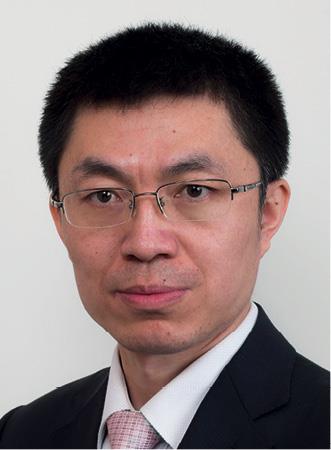 Guojun Liu is a senior patent attorney at Liu Shen & Associates. He has extensive experience in patent prosecution, examination, invalidation and administrative litigation, especially in the fields of pharmaceuticals, chemistry and biology. Dr Liu has represented several multinational companies in well-known invalidation cases and lawsuits.

Dr Liu started his IP career with Liu Shen & Associates in 2007. He is a member of the All-China Patent Agents Association and his working languages are Chinese and English. Dr Liu holds a PhD in organic chemistry from Fudan University. He has been studying civil and commercial law in the China University of Political Science and Law, Beijing since 2013. 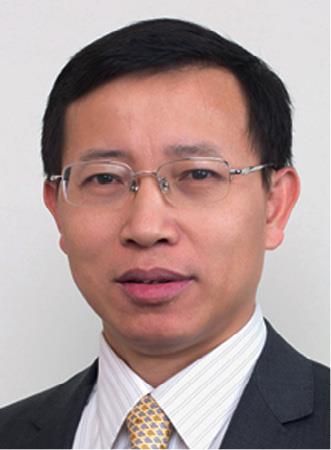 Zongliang (Stephen) Zou is a partner at Liu Shen & Associates. He assists clients in matters involving all types of IP rights, focusing on prosecuting patent applications and on patent administrative and judicial litigation. Dr Zou is experienced in preparing patent infringement, validity and freedom-to-operate opinions, and counselling clients in various matters relating to IP rights and drug regulatory matters.

Dr Zou started his IP career with Liu Shen & Associates in 2003. Before this, he was involved in pharmaceutical research. Dr Zou obtained his PhD in pharmaceutical chemistry from the Chinese Academy of Military Medical Science and qualified for his LLM in IP law at the John Marshall Law School.