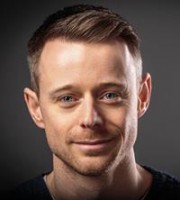 Gareth Jones is vice president of intellectual property at BenevolentAI, an artificial intelligence (AI) company with end-to-end capability from early drug discovery to late-stage clinical development. In this role, Mr Jones is responsible for all strategic and operational aspects of intellectual property across the BenevolentAI technology and pharmaceutical business units.

Mr Jones started his career in software engineering, holding technical leadership roles at IBM and Vodafone across a variety of cutting-edge technology areas. He initially became involved in intellectual property as an inventor and has more than 20 granted patents. At IBM, Mr Jones became one of the youngest recipients of the Master Inventor title, in recognition of his sustained innovation leadership through management of invention harvesting and inventor education and mentoring.

Following a role managing the global invention harvesting process at Vodafone, Mr Jones was recruited as head of intellectual property at SwiftKey, an AI technology start-up that was sold to Microsoft in one of the largest UK tech exits of 2015/2016. He built and scaled IP operations, prepared the business for sale and played a key role in facilitating the acquisition. Mr Jones joined the Microsoft IP team to oversee the SwiftKey integration and provided additional support evaluating patents for licensing, divestiture and prosecution.

Mr Jones also shares knowledge and experience with other professionals in the IP community, including authoring IP strategy articles and a book chapter. Mr Jones regularly speaks at events about topics including start-up and software IP strategy, employee engagement and IP outsourcing. He has also helped to shape conference agendas and speaker lists through advisory board participation.