IAM Patent 1000: The World’s Leading Patent Professionals recommends those it considers to be the leaders in the field: only those delivering top-quality patent services make the cut. However, even among this elite group, in many markets it is possible to discern a degree of stratification.

While all firms and individuals included in the guide have made the winners’ podium, some are considered to have an edge over their competitors in terms of reputation. We have thus devised bandings to reflect this diversity at the top end of the market.

For litigation, where appropriate, recommendations in the IAM Patent 1000 are presented in gold, silver and bronze bands. The bands reflect the reputations of teams and professionals relative to their peers in the field, according to the research:

For prosecution and transactions, the amount of peer interaction – and therefore commentary – is limited. In these areas of practice, firms and individuals are listed alphabetically, not organised by bands. In instances where certain individuals or firms attracted significantly greater positive feedback, they have been listed as "highly recommended", to distinguish them from their "recommended" peers.

We have also included "luminaries" – individuals who have scaled back the extent of their day-to-day work, yet remain important figures in the marketplace.

Within the chapters themselves, firm editorial appears in alphabetical order due to the number of tables in many jurisdictions. 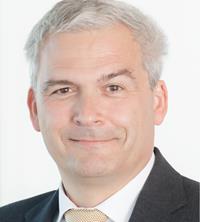