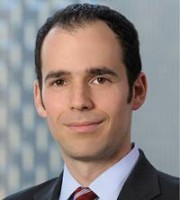 Tamir Packin’s practice focuses on trials of complex patent cases. He has led teams through all phases of litigation ensuring that they approach every task with an eye towards reaching a favourable verdict (or favourable pre-verdict judgment), and securing it during post-trial proceedings and on appeal.

In his most recent trial, Mr Packin successfully defended Cisco Systems in a patent infringement suit brought by Egenera, in which Egenera sought over $400 million in damages. At trial in January 2019, the court reviewed Cisco’s improper inventorship defence against Egenera’s remaining patent-in-suit. As lead trial counsel for Cisco, Mr Packin pursued an aggressive trial strategy of adversely calling two of Egenera’s key witnesses – the omitted inventor and Egenera’s chief technology officer (a co-inventor) – in Cisco’s case-in-chief. Mr Packin’s cross-examinations led to the court calling into question the “inventors’ historical revisionism” and holding that it “does not credit Schulter and the other inventors’ post-hoc protestations that Schulter did not jointly conceive the ‘430 patent.” In May 2019, the court invalided the remaining patent and entered judgment in favour of Cisco.