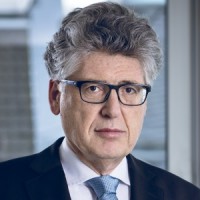 Roland Kehrwald specialises in the areas of patent, trademark, utility model and unfair competition law, providing advice and conducting litigation for clients. He has many years of experience in many infringement proceedings in all major technical fields of patent law, especially information technology, genetic and electrical engineering and medical technologies.

Dr Kehrwald is heavily involved in a series of major international patent disputes with parallel proceedings around the world and represents a substantial number of international clients. In addition to patent infringement cases, he collaborates on proceedings before the Federal Patent Court, the Federal Supreme Court and the EPO.

He has been frequently listed as a recommended attorney by JUVE German Commercial Law Firms (2011 to 2015) for patent law. He has also been considered a leading senior partner among trial attorneys in patent law (JUVE 2018/2019). Dr Kehrwald was among the recommended attorneys in the Legal 500 (2018) and has been described as “widely experienced”. Chambers Global has described him as “a valued litigator” (2011) and “a dangerous opponent in court” (2012). He was again recommended in JUVE 2018/2019 and was praised in JUVE 2016/2017 for his “strong appearances in oral hearings and strong legal briefs”.

After completing his German and French high school diploma in Saarbrucken, Dr Kehrwald studied law in Munich and Geneva. He did an internship in Bavaria and conducted research in Moscow from 1987 to 1988. He earned his doctorate in Munich in 1989. He joined Günther Wildanger’s firm in 1991, where he has specialised in patent, trademark, utility model and unfair competition law ever since.