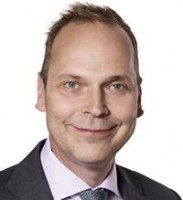 Mr Sande graduated from the University of Stockholm in 1992 (LLM). After serving at the Stockholm District Court (1992-1994), Mr Sande joined Sandart & Partners. He has been a member of the Swedish Bar Association and a partner at Sandart & Partners since 1999.

Mr Sande was an expert in the Government Commission on Professional Secrecy in 2006-2007. He was also head of the Patent Group of the Swedish Association for the Protection of Intellectual Property between 2007 and 2016.

Mr Sande is frequently engaged as a speaker by Stockholm University and at different seminars. He has published several articles on IP rights issues.

Mr Sande was born in 1965. He speaks English, German and Swedish.

Sandart & Partners is a business law firm with expertise in intellectual property, litigation, dispute resolution and contracts. Many of the firm’s clients are companies in industries where intellectual property and knowledge are in focus. The firm also provides advice and represent clients in marketing law matters, competition law matters and regulatory matters.