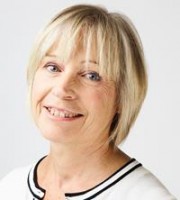 Pascale Le Coupanec joined NONY in April 2002, became a partner in 2005 and has been a member of the firm’s executive committee since 2015.

Before joining NONY, Ms Le Coupanec worked as a patent engineer in the patent department of several major French chemical and pharmaceutical groups, and in two other major Parisian IP firms for eight years. In 2005 she obtained the European patent litigation diploma from the Centre for International Intellectual Property Studies (CEIPI).

Ms Le Coupanec heads NONY’s chemistry department, with her practice focusing mainly on chemistry, material, pharmacy and cosmetics, as well as life sciences such as biochemistry and biotechnology.

With 30 years’ experience, Ms Le Coupanec has wide expertise in patent prosecution, litigation and opposition matters, contracts and consulting. She advises a broad selection of national and international clients with all aspects of patent acquisition, enforcement and defence.

She regularly represents her clients in oral proceedings before the EPO in opposition and appeal proceedings and routinely collaborates with attorneys at law on patent litigation matters for French or foreign clients.

Ms Le Coupanec is a fully qualified French and European patent attorney and a CEIPI graduate in patent litigation in Europe.

She holds a PhD in organic chemistry.