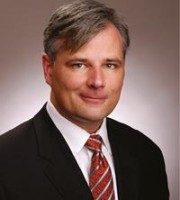 Max Tribble, a permanent member of Susman Godfrey LLP’s executive committee, is well-recognised as one of the premier trial lawyers in America. He has obtained momentous victories for plaintiffs and defendants in a diverse range of commercial lawsuits. In particular, Mr Tribble has represented clients in a variety of complex IP matters, including suits regarding patents, trade secrets, licences and contracts.

In 2018 Mr Tribble served as lead counsel to and secured a $706.2 million jury verdict for real estate analytics firm, HouseCanary, in its trade secrets battle against Quicken Loan’s affiliate, Title Source. The judgment was finalised in October 2018 when a judge awarded nearly $740 million to include pre-judgment interest and attorney fees.

Mr Tribble has taken on industry giants Apple and Samsung in patent infringement battles. In fact, he has battled Samsung in two separate cases of patent infringement: for clients Fractus, SA, which resulted in a $38 million judgment for Fractus and a confidential settlement during the appeal. He is representing Fractus again in a patent lawsuit against ZTE.

Mr Tribble was also part of the trial team that took on AT&T on behalf of Two-Way Media, helping secure Two-Way Media a $27.5 million verdict relating to the streaming of audio and video content over the internet. The court awarded Two-Way Media $40 million in damages and interest.

Mr Tribble also represented the Rockstar consortium – which was owned by Apple, Microsoft, Blackberry, Ericsson and Sony – in a lawsuit against Google over infringement of foundational patents purchased from Nortel. The case settled soon after the Markman hearing for $900 million.