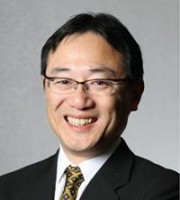 Masahiro Samejima is the founder and managing partner of Uchida & Samejima Law Firm (USLF). After graduating from the Tokyo Institute of Technology, Mr Samejima began his career as an engineer at Fujikura Ltd in 1985, where he researched and developed metallurgical materials for electric cables. After passing the patent attorney exam in 1991, Mr Samejima joined IBM Japan’s IP department as a patent attorney. He passed the Bar exam four years later and qualified as an attorney at law in 1999.

In 2004 Mr Samejima founded USLF with Hiroshi Uchida. The firm has now become one of the largest IP boutiques in Japan, employing 25 talented attorneys, more than half of whom come from technological backgrounds such as life sciences, material sciences, chemicals, mechatronics and electronics. USLF mainly focuses on IP and IT litigation, as well as disputes relating to other technologies.

Mr Samejima provides IP strategy and management consultation to technology corporations, including small and medium-sized enterprises and start-ups. He also serves on the IP policy and government strategy committees of various public offices, including the Japan Patent Office (JPO) and the Ministry of Economy, Trade and Industry.

Mr Samejima was named “Intellectual Property Achiever” in 2012, the most prestigious IP award offered by the JPO. Further, Mr Samejima was the basis for the famous fictional IP attorney Kamiya who appeared in the popular novel and TV drama “Shitamachi Rocket”, which lead him to be one of the most popular speakers in the IP sector. His book Recommendation to IP Strategy (2016) has become a bestseller in the field, having sold over 8,000 copies.