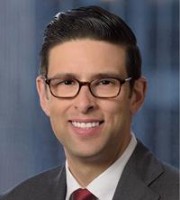 Karim Z Oussayef is a partner of Desmarais LLP, where his practice focuses on a wide variety of offensive and defensive technology litigation, especially cases headed for jury trial. Mr Oussayef has litigated patent, trade secret and contract cases on subjects that include networking devices, telephony, cable television, e-commerce platforms, web and mobile applications, antibody therapies and medical devices, among many others. Mr Oussayef is experienced in a variety of forums, including federal district court, state trial court, the Patent Trial and Appeal Board and the US Court of Appeals for the Federal Circuit.

Mr Oussayef started his career at Ropes & Gray, as part of the Fish & Neave Intellectual Property Group. In 2011, Mr Oussayef joined Desmarais LLP soon after it was founded to help build the new firm. After several successful years, Mr Oussayef was elected partner in 2017. Mr Oussayef is admitted to the Bars of New York and Massachusetts, as well as the US Court of Appeals for the Federal Circuit and various federal district courts.