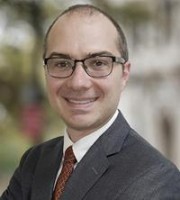 Jonathan Lamberson is a partner in White & Case’s global IP group based in the firm’s Silicon Valley office. As a trial attorney, Mr Lamberson has attended over a dozen patent jury trials in districts around the country, including as lead trial counsel for Microsoft in Microsoft v Corel, where a jury in the Northern District of California returned a verdict that Corel had wilfully infringed six Microsoft patents.

Mr Lamberson is also a firm expert on fair, reasonable and non-discriminatory damages. He led the damages team in the Huawei v T-Mobile litigation, which involved the assertion of 12 standards-essential patents relating to LTE technology. Mr Lamberson is familiar with the practices of standards bodies, including the Institute of Electrical and Electronics Engineers and the European Telecommunications Standards Institute.

Mr Lamberson has a significant post-grant practice as well. He is a member of the USPTO Patent Bar and has participated in multiple inter partes review proceedings, arguing before the Patent Trial and Appeal Board.

Lastly, Mr Lamberson has participated in a number of meaningful pro bono cases in areas including constitutional rights, discrimination, class action and immigration matters. One of his pro bono cases was named a “Top 100 Settlement in California in 2017” by TopVerdict.com. In another matter, Mr Lamberson was able to obtain asylum for a five-year-old unaccompanied minor from El Salvador who fled violence and persecution in his home country.