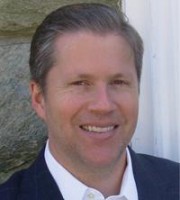 Jeffrey S Weaver is a director, co-founding partner and co-manager of Fiala & Weaver PLLC, a Washington DC-based IP specialty law firm with personnel located throughout the United States. He has prepared, prosecuted and managed the preparation and prosecution of more than 1,000 patent applications that have been filed at the USPTO and other patent offices around the world. His responsibilities include counselling in many types of IP-related matters, drafting and prosecuting utility patent applications and design patent applications, analysing patents for infringement and validity, providing legal opinions, filing and prosecuting trademark applications and supporting litigation matters. Over more than 20 years, Mr Weaver has represented entities of all sizes, including solo inventors, technology start-ups and numerous leading-edge, multibillion-dollar corporations.

Mr Weaver was formerly a director at a major IP boutique in Washington DC.