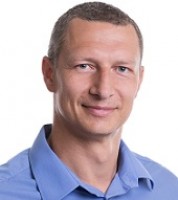 Ivan Lukšíček is a co-founding partner of PatentEnter, a dynamic Czech patent firm based in Brno. Mr Lukšíček graduated from the Faculty of Transportation Sciences of the Czech Technical University in Prague and from the Faculty of Informatics of Masaryk University in Brno.
His interest in intellectual property started during his studies in 2004. In 2006, he finished a two-year specialisation study at the Industrial Property Office in Prague and a year later he became a patent attorney.
Mr Lukšíček represents clients from the commercial as well as academic sphere. He also gives lectures on industrial rights.
While his practice initially focused on patent law, design protection and IP searches, he has gradually gained experience in other fields of industrial property law and assisted several leading Czech companies in protecting their trademark portfolios in the EU market, as well as overseas.
Since 2015 he has been a member of the Association of Mediators and Arbitrators in Intellectual Property Matters in the Czech Republic, as well as the Licensing Executives Society Czech Republic.
In 2019 he was elected to the board of directors of the Czech Chamber of Patent Attorneys.