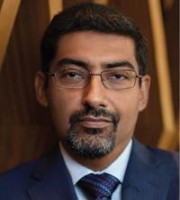 Héctor Elías Chagoya is a partner and director of the patents and technology department at Becerril, Coca & Becerril, SC. He started his IP career in 1997 and was the first person in Mexico to become a certified licensing professional. He has been consistently recognised as a leading patent practitioner in several international surveys since 2005.

Mr Chagoya is currently in charge of the patent practice at the firm, as well as of consulting services for leveraging value from IP assets. He leads working teams through patent prosecution, freedom-to-operate opinions, technology intelligence studies, IP assets valuation, IP negotiations, technology evaluation and substantive issues of patent litigation.

He is recognised by the National College of Chemical Engineers and Chemists as an expert in engineering economy. He has also published a variety of articles in specialised international magazines and has co-authored chapters in various books related to licensing, trade secrets and pharmaceutical law and practice.

Mr Chagoya is past president of the Mexican Institute of Chemical Engineers (Mexico City Chapter) and he was international vice president of the Licensing Executives Society (LES) International and is past president of LES Mexico. Other leadership positions include the Association of Directors of Applied Research and Technology Development and the International Association for the Protection of Intellectual Property, where he represents the Mexican group in the Pharmaceutical Patents and Trade Secrets Committees and where he is part of the Information Technologies Committee and the Patents Committee within the Mexican group (AMPPI).

Mr Chagoya has taught and spoken at uncountable events, courses, seminars and congresses at universities, professional societies and organisations such as WIPO or the Mexican Institute of Industrial Property on topics of his area of expertise; he also taught for 15 years as part of the chemical engineering faculty at La Salle University in Mexico City, where he was also part of the Academic Council for three years.