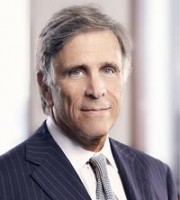 Evan R Chesler is Cravath, Swaine & Moore LLP’s chair. One of the most highly regarded litigators in the United States, Mr Chesler has extensive experience handling trials, arbitrations and appeals in a wide variety of matters, including intellectual property, for clients in virtually every industry. He has achieved numerous successes for major pharmaceutical and technology companies in ‘bet-the-brand’ litigation over valuable patent rights.

Mr Chesler recently represented Qualcomm in its global fight with Apple concerning Qualcomm’s patent licensing and modem chipset businesses. After his opening argument at trial in the central action, the companies announced a global settlement that resolved all litigation between the parties and includes a payment from Apple to Qualcomm, as well as a six-year licence agreement and a multi-year chipset supply agreement.

Mr Chesler’s other representations include securing a trial victory for Merck Sharp & Dohme in a patent infringement suit concerning its antifungal agent Noxafil; representing Mylan in winning both a judgment after trial upholding the validity of its patents on the respiratory drug Perforomist and a Federal Circuit Court of Appeals decision concerning the validity of pharmaceutical composition patents covering the drug; and securing damages of over $442 million for Bristol-Myers Squibb and Sanofi-Aventis in patent infringement litigation against Apotex regarding Plavix. He currently represents Quibi, a short-form streaming start-up, in consolidated patent infringement and trade secret litigation against Eko relating to Quibi’s use of its ‘Turnstyle’ video display technology.

Mr Chesler has been recognised as a leading litigator in the IP arena by numerous professional publications, including Chambers USA, Chambers Global, The Legal 500 US, Benchmark Litigation and The Best Lawyers in America.