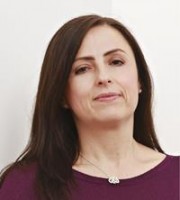 Ms Biggi is a qualified European and Italian patent and design attorney and a qualified litigator for the upcoming Unified Patent Court. In nearly 20 years of practice, she has drafted, filed and prosecuted hundreds of patent applications before the EPO, WIPO and the Italian Patent and Trademark Office; she also deals with freedom-to-operate, infringement and patentability opinions, and opposition and appeal proceedings before the EPO and in national litigations.

Ms Biggi has been listed by Who’s Who Legal among the world’s leading patents lawyers, attorneys and agents. She has also been nominated as an “IP Start for Patent” by Managing IP and recognised by IAM Patent 1000 for her expertise in the life sciences space as the holder of a PhD in organic chemistry.