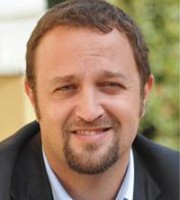 Carles Comes holds a degree in electronic engineering and is a specialist in both IT and patents. Since he started his career in patents back in 1994, Mr Comes’s work has focused on electronics, telecoms, IT and computer-implemented inventions. He joined ZBM Patents & Trademarks in 2003, became a partner in 2005 and at present is the head of the practice in the above-mentioned technical fields.

Many of Mr Comes’s clients are first-class research centres, as well as spin-offs from universities and innovative start-ups. In particular, Mr Comes deals with computer-implemented inventions in a broad range of technical fields, from medical devices to computer vision and artificial intelligence, in particular neural networks.

Mr Comes regularly lectures in Spain on matters such as:

He frequently teaches in courses or gives seminars for universities, research centres and companies, and has spoken at sessions raising awareness of the patent system organised in cooperation with examiners from the EPO.

Mr Comes often acts as a technical expert before Spanish courts in infringement actions of major importance, including on behalf of a number of electronics and telecoms multinationals. He has also taken part in customs intervention cases dealing with the infringement of standard-essential patents, particularly in audio technologies.