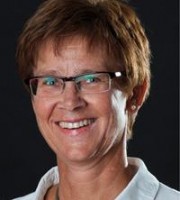 Anne Sønstevold joined Zacco in 2001. She undertakes general patent consultancy and drafts and prosecutes patent applications, with a major emphasis on biotechnology and pharmaceuticals and professional opinions and litigation cases.

Ms Sønstevold graduated with a cand scient in physiology from the University of Oslo in 1983. She has undertaken further professional patent education and is a European patent attorney.