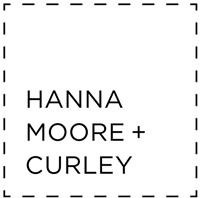 Marie Walsh leads the thriving chemical and pharmaceutical practice, while newcomer to the Hanna Moore + Curley stable Anna Hally is well known as a leading European IP practitioner in the biotechnology and life sciences area.

Rising stars Catherine Hanratty, Sinead Lucy, Laurence Bibow and Michele Fratti complete the firm’s senior team, which is now reaping the rewards of having established itself as a best-practice firm for training new attorneys.

Hanna Moore + Curley’s attorneys are qualified to act before the Irish Patents Office, the UK Intellectual Property Office (UKIPO) and the EPO. The firm has a proven record of success in oppositions and before the EPO Board of Appeal. Its high grant rate has resulted in the firm having a loyal client base in North America and Canada, including the international portfolios of many leading Irish and UK technology firms. For local clients (including multinational organisations based in Ireland and the United Kingdom), the firm coordinates and prosecutes applications in Europe, Russia, China, Japan, India, Korea, Taiwan, Australia, New Zealand, South Africa, Brazil, Chile, Mexico, the United States and Canada.

In 2017 Hanna Moore + Curley opened a second office in Ireland, as well as bases in the United Kingdom, France and China. The firm employs 24 staff internationally, with English, German, Italian, French and Chinese language skills. One of the few European firms to have a permanent base in China and intimate knowledge of the Eastern market, Hanna Moore + Curley has developed strong relationships with a considerable number of client companies in Asia, including many recognised global names.

Although the firm’s core focus is on patent prosecution, it also provides advisory services in relation to patent litigation and has been involved in actions and pre-action advice in numerous countries. It also advises on clearance and freedom to operate.

Hanna Moore + Curley has earned a reputation as a vigorous, agile firm that is also deeply committed to fostering excellence and diligence. It has a strong emphasis on quality and client satisfaction, and in 2019 achieved ISO 27001 certification to provide international clients with assurance that their data is protected to the highest standards.

The firm also demonstrates its commitment to continuous improvement with ongoing professional development and an unrivalled, structured training programme for new attorneys. Hanna Moore + Curley’s hand-picked paralegal team is carefully recruited and receives ongoing training in-house and through the Chartered Institute of Patent Attorneys and the Chartered Institute of Trademark Attorneys.

Other recommended individuals at this firm