Google has launched a new version of Google Patents, the tech giant’s tool which enables users to search for US and international patents as well as analyse a vast database of prior art. The new version introduces a number of changes including classifying all articles on Google Scholar so that they will now appear in search results with CPC codes.

Google Senior Patent Counsel Laura Sheridan highlighted that as perhaps the most significant change to the platform. The CPC or Cooperative Patent Classification was launched as a joint initiative between the US and European patent offices to harmonise their patent classification systems. “The CPC is a really great system which has harmonised a lot of international classification systems,” Sheridan pointed out. The new version will also include just one search interface for all patent-related searching including both the patents themselves and prior art.

A big driver behind the changes, Sheridan said, was the focus in many parts of the IP market on improving standards. “There’s a general consensus that we need to improve patent quality and so we’ve seen the USPTO launch its Enhanced Patent Quality Initiative and appoint the first commissioner for patent quality,” she said. Making improvements to Google Patents so that relevant prior art was more readily available and more easily searchable, Sheridan maintained, fits in with such initiatives. “If prior art is not digitised and searchable then the public may not have access to it,” she pointed out. “A big piece of releasing this new version is increasing both the accessibility of prior art and the amount that is available.”

The new version reflects the feedback Google has received from a broad swath of the patent market including examiners, corporate users and public interest groups. Sheridan stressed that it should benefit a similarly wide range of the IP community, including those accused of infringement for the first time. “Someone facing a patent litigation case can use this to determine if the patent is valid,” she said.

When asked how the company would measure the success of the new platform, Sheridan stressed that it was less about user traffic and more about the impact on the patent system as a whole. Having announced a string of initiatives in recent years including the Patent Purchase Promotion and provided key support to the License on Transfer Network, Google is nothing if not persistent in trying to having an impact on that system. 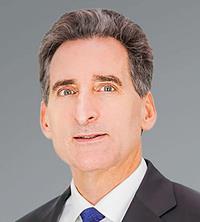