Recent reports out of China suggest that mobile giant Huawei may spin-out its sub-brand Honor as an independent company.

The phones Huawei sells under its own name are generally mid to high-end models, aimed at both the Chinese and overseas markets. Honor, on the other hand, is a vehicle for selling more cost-effective handsets, often targeted at young consumers. It was launched in 2013 to compete against budget brands like Xiaomi, and focuses on lower-end demand internationally and at home

It is thought that there is already a substantial amount of internal competition between the Huawei device and Honor commercial teams; but formally separating the two brands would raise various commercial and IP issues, which executives would need to consider carefully.

In response to the speculation, the president of Honor stated that Honor will remain an independent brand that's part of Huawei. But many industry observers think a break-up is only a matter of time. With overall smartphone shipments slowing down, the competition among vendors can only get more intense. Factors like patents, designs, brands, trade secrets, marketing and reputation will play a huge role in who stays at the top of the tree. 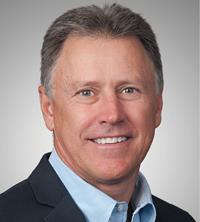