As Huawei continues to sit in the hot seat over accusations of trade secret theft and other criminal violations in the United States, another IP owner has come forward to accuse the company of stealing IP. Inventor Rui Pedro Olveira says he has had to sell his family house in order to hire a US lawyer to negotiate with the Chinese company over a camera technology he says it stole.

That's a bold and dramatic move by the Portuguese national, to say the least – and those who know the US patent environment well might have a few other choice words to describe it.

Olveira told Fstoppers, a site dedicated to the camera and photography industry, that he flew to Huawei’s US head office in Plano, Texas, five years ago to discuss his design for a 360 degree camera that plugs into a smartphone’s charging port. Nothing came of a couple of meetings with the company's staff, Olveira continued. Then in 2017, Huawei released a 360 degree camera that the inventor claims infringes on both an invention patent that issued in 2016 and a design patent that was granted one year later.

Olveira, who also runs an audiovisual production business in Porto, says that he sold the house he lived in with family to hire a US lawyer – George Neuner – to represent him in negotiations. He claims that Huawei representatives told him that they could not continue to talk with him about the alleged infringement if he did not have an attorney.

Setting aside its specifics and whether Huawei did indeed use the inventor's patented ideas, the case illustrates why the patent environment in the US is very tough for individual inventors. 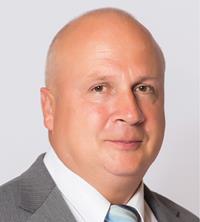