China’s National Intellectual Property Administration (CNIPA) has released statistics from the first half of 2019, and the numbers give a strong indication that the two decades of growth in invention patent filings are coming to an end.

The headline piece of data here is that CNIPA received 100,000 fewer invention patent applications compared to the first half of last year, a 9.4% drop. Ge Shu, director of the CNIPA’s Intellectual Property Protection Department, shared the administration’s thinking on this and other issues at a recent press conference in Beijing.

Here are some of the main takeaways.

CNIPA handled 649,000 invention patent applications in the first half. Last year, the office took in 751,000 of the filings at the halfway mark, en route to another year of double-digit filing growth. But unless there is a big uptick in second half of 2019 (there wasn’t in 2018), it looks like applications will have peaked after nearly two decades of ascent.

Ge told reporters that the figure was in line with CNIPA expectations: “This is the result of our continuous optimisation of the application structure as well as continuous improvements in quality.” In addition to tossing out applications sent without a filing fee, an issue covered by IAM previously, he noted that authorities are strengthening their oversight of patent service providers and cracking down on illegal activity by patent agents and those holding themselves out as such.

Huawei, Sinopec and Oppo were the top recipients of grants over the last six months.

The drop in applications was driven by domestic Chinese firms. Foreign companies continue to build their Chinese patent portfolios, notching an 8.6% increase according to CNIPA. In the midst of an ongoing IP and trade dispute with the United States, officials pointed to this figure as a barometer for overseas firms’ confidence in China’s IP system and overall business environment.

Japan is one major jurisdiction where corporates are still growing their Chinese IP holdings. Firms from Japan filed more Chinese patents than competitors from the United States or any other country, and Japan Inc also increased its level of trademark applications by almost a third.

A journalist from Hong Kong asked CNIPA to comment on the legislation introduced by US Senator Marco Rubio to constrain Huawei and other sanctioned companies from enforcing their US patents through the courts. CNIPA spokesperson Hu Wenhui said the office is “concerned” about the development, explaining: “we have always insisted on the equal protection of intellectual property rights of domestic and foreign companies.” Hu called on US leaders to fulfill their international obligation to protect IP rights and protect the legitimate rights of all US patent holders – including Chinese firms and individuals – in an even-handed way.

For IAM’s take on the Rubio proposal, read this analysis published yesterday.

One consequence of the global expansion of firms like Huawei has been more overseas patent conflict for Chinese companies. At the press conference, CNIPA officials said they plan to provide more information and resources to companies in this position by establishing an overseas IP dispute resource centre. A later news item about the centre said that its purpose will be twofold: helping Chinese companies defend their IP rights overseas, and also promoting understanding and respect for foreign IP systems. Developments like the Rubio bill are an indication that Chinese companies do not have it easy taking their IP overseas, but the opportunities are too great for them not to continue growing their outbound patent filings.

Even with growth slowing, we are talking about huge absolute numbers of invention filings – on pace for over 1.3 million in 2019 alone. A recent article by Sterne Kessler Goldstein & Fox founder Rob Sterne raised a very important consequence of this – the library of prior art in China is massive. Given the low rate of overseas filing by domestic companies, a lot of it is only available in the Chinese language. Of course, a lot of it might be low quality, but if China’s efforts to improve on that score take hold, it will become more and more important. Getting to grips with this prior art – through a combination of software tools and human language skills – is something firms need a plan for.

New trademark applications were also down overall (by around 4%) and up for foreign applicants (by 15%). That is likely to be welcome news for international brand owners, as CNIPA chalked it up to a similar push for better quality – the office says it has been cracking down on “trademark hoarding” and “malicious registrations”. Last week Trevor Little, editor of our sister platform WTR, analysed why China’s broader economic slowdown (which could have some responsibility for IP filing declines across the board) will not hamper local companies’ push to create more lucrative international brands. Expect the same in the tech sector. 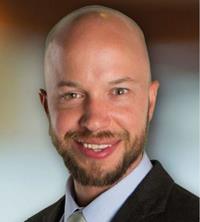