Demand letters in IP litigation: when are they mandatory? 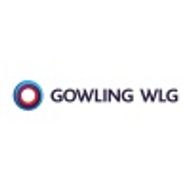 A year after the pre-trial serving of a would-be defendant with a demand letter became mandatory in Russia, the procedure is facing further changes in relation to IP disputes.

On July 1 2017 President Putin signed Federal Law 147-FZ on Introduction of Amendments to the Articles 1252 and 1486 of Part IV of the Russian Civil Code and Articles 4 and 99 of the Russian Commercial Litigation Code, which clarifies the range of IP disputes where sending a demand letter to the potential defendant is a mandatory pre-trial procedure.

The current wording of the law requires that the prospective plaintiffs send demand letters to the suspected infringers before initiating a trial in the commercial court, unless the case falls under one of the exemptions where demand letters are voluntary ‒ these include trademark non-use cancellation proceedings.

Therefore, the new law allows plaintiffs that do not seek monetary relief to avoid pre-trial procedures. However, in most cases a rights holder would seek some form of compensation from a suspected infringer and still have to present a potential infringer with a demand letter before going to court.

The mandatory pre-trial procedure is also extended to trademark non-use cancellation actions. According to the new law (Paragraph 1 of Article 1486 of the Civil Code), before filing a non-use cancellation lawsuit, the interested party must approach a trademark owner with a preliminary notification and within two months after the notification has been sent, propose either to:

Failure to do so entitles the interested party to bring a lawsuit within 30 days on expiry of the two-month period.

According to the new law, the rights holder is supposed to prove the proper use of a trademark for the period of three years preceding the date on which the preliminary notification was sent by the interested party rather than the filing date of the lawsuit (as before).

The reason for introducing mandatory pre-trial procedure for non-use cancellation claims is to ease the burden on the courts and encourage parties to resolve disputes internally.

The newly introduced two-month preliminary notification period before filing suit may complicate the process for interested parties that initiate non-use cancellation actions in order to overcome any obstacles when registering their trademarks and delay brand commercialisation for those interested parties.