The duration of patent protection in Mexico is 20 years and cannot be extended. It is counted from the date on which the patent request was submitted. The true protection of an invention arises with the granting of said patent. Nevertheless, given the procedure, some patents are granted before others and, as such, benefit from a longer period of protection than those for which granting is delayed. In such cases, the applicant may not apply for time compensation on the patent in question. Discrepancies regarding patent duration of exist under Mexico’s legal system. So, what can an applicant or inventor do to assure that the patent in question is reviewed by the Mexican Institute of Industrial Property (IMPI) promptly and diligently in order to take advantage of the monopoly that arises in the granting of said patent?

NAFTA, the agreement between the United States, Mexico and Canada, is currently being renegotiated, and one of the key areas under discussion is intellectual property. According to Article 1709(12): “Each Party shall provide a term of protection for patents of at least 20 years from the date of filing or 17 years from the date of its grant. A Party may extend the term of patent protection, in appropriate cases, to compensate for delays caused by regulatory approval processes.”

Article 1709(12) distinguishes the actual period of patent protection: 20 years from the date of application or 17 years from the date that the patent is granted. It further states that in certain cases (without clarifying which) the applicant may be compensated when delays arise as a result of regulatory approval processes. This precept allows for compensation for time lost in the regular procedure of granting a patent. What good is a patent validity of 20 or even 50 years when the time taken to approve the grant is far longer than necessary? In interpreting Article 1709, the use of the term ‘may’ suggests that the legislature and officer are entitled to grant time compensation, as the case may be, to the applicant. However, in accordance with Article 1 of the Constitution of Mexico, its interpretation should be as favourable as possible to the applicant as per the corresponding human rights.

On 12 June 1992 a Mexican company filed a patent application for “a collagen polyvinyl-pyrrolidine based antifibrotic composition that substantially improves tissue structure on hyaline scars and regenerates articular tissue”. In 2003, after 11 years of administrative procedures, IMPI granted the applicant the patent for a valid period that began in 1992.

In 2004 IMPI notified the title holder of the patent. In 2012, while the patent was still valid, the company requested that IMPI grant a time extension for administrative delay for a period of at least six to eight additional years, as the international standard for granting exclusivity to exploit the patent is five years, not 11, as experienced by the company, which subsequently caused it to suffer losses.

In June 2012 the rights protected by the company’s patent were made publicly available under the terms set out in Articles 23 and 80, Section I of the Industrial Property Law, which reduced the time of protection provided in international treaties, in particular Article 1709(12) of NAFTA, of which Mexico is a signatory.

IMPI denied the granting of a time extension based on the grounds of administrative delay, as requested by the company, and confirmed that the patent term would expire on 12 June 2012. As such, the company decided to appeal (JA 1081/2012, Ninth District Court for Administrative Matters for Mexico City) stating the unconstitutionality of Articles 23 and 80 Section I (final paragraph) of the Industrial Property Law, on the grounds that the administrative body did not recognise the benefit granted to it by Article 1709(12) of NAFTA. This breach resulted in damages and losses to the company, as well as the loss of strategic alliances which would have allowed the company to exploit its invention and recover its investment costs.

The preceding paragraph implies not only a constitutional mandate to respect all actionable human rights contained therein, but also a link to the mandates set out in the international treaties to which Mexico is a party, favouring at all times “the broadest rights of protection”. The principle of ‘broadest protection of rights’ states a constitutional norm of always favouring individuals which administrative bodies must follow. In the event of non-compliance, the act in itself becomes unconstitutional.

In the appeal, the Ninth District Court for Administrative Matters for Mexico City stated that Article 23 of the Industrial Property Law goes against the constitutional rights set out in Articles 1 and 133 of the Constitution, agreeing with Article 1709(12) of NAFTA. The Ninth District Court stated that the articles in question contradicted hierarchically higher laws, as the term of a patent is 20 non-extendable years. The court decided to protect the rights of the company under the terms of the Federal Justice and did not apply Article 23 of the Industrial Property Law, upholding instead the norms of international law.

IMPI, dissatisfied with the ruling, decided to appeal the decision (RA 125/2013). This time, the Court of Appeals of the First Circuit for Administrative Matters ruled on the matter (heard by H First Circuit, Sixth Collegiate Tribunal for Administrative Matters). It was stated that NAFTA is commercial and does not in itself protect human rights. The wording grants a discretional or optional power to the member state and the previous judgment is therefore revoked.

Magistrate Clementina Flores Suarez in the amparo action (Review RA 125-2013) defended her individual vote and stated that the judge’s ruling was correct, as Article 1709 of the NAFTA benefits the title holder of a patent in comparison to Article 23 of the Industrial Property Law.

In view of this, the company filed a complaint with the Inter-American Commission on Human Rights – probably the first complaint to the commission on IP issues. However, the complaint was rejected on the grounds that the information filed was derived from a legal entity as a victim, not from an individual, which exceeded the commission’s authority.

In another similar case, the Supreme Court of Justice decided to add the following court precedent, having four affirmative votes and one dissenting vote issued by Justice Jorge Mario Pardo Rebolledo (amparo action in Review 435/2014): “Patents – Paragraph 12 of Article 1709 of the [NAFTA], is not a parameter to determine the validity of Article 23 of the Intellectual Property Law.” (10th Period; Registration 2009865; Federal Weekly Official Gazette, Volume I, Book 22, September 2015; Court Precedent: First CCLXII/2015 (10a), page 313.)

For four of the five justices of the First Chamber of the Supreme Court, the term ‘may’, set out in Paragraph 12 of Article 1709, is not binding for Mexico and, therefore, the compensation of the administrative delay in granting patents is not an argument to be interpreted by Article 1 of the Constitution’s ‘most favoured to a person’ principle. However, it is interesting to analyse the dissenting vote of Justice Rebolledo, who held a different opinion to the other four justices:

In this sense, in my perspective, the offenses of the petitioner may be groundless, since although it is feasible to consider that the North American Free Trade Agreement is not a human rights treaty, and its interpretation may be according to the Vienna Convention, it is also possible that such international document may have human rights standards and, therefore, be subject to an interpretation according to Article 1 of the Political Constitution…

Thus, in my opinion, by answering the offenses of the petition and considering that paragraph 12 of Article 1709 of the North American Free Trade Agreement contains a standard related to the human right to intellectual property (a nature that is acquired as it is contained in Article 27 of the Universal Declaration of Human Rights), there would be justification to the reasoning held by the judge, whereby the judge declared the unconstitutionality of the standard, exercising a conventionality control.

Such an international provision contemplates a personal right which is subject to protection (as with the compensation for the patent term due to bureaucratic delay). The combination of such a right in accordance with Article 1 of the Constitution should be enough to grant protection to a person instead of creating an interpretative labyrinth to seek options of how not to protect the patent owner, which has witnessed such holders’ rights damaged, as happened with the First Chamber of the Supreme Court.

In trade agreements, human rights are similarly included and must be protected according to Article 1 of the Constitution, as stated in Article 27 of the Universal Declaration of Human Rights.

The term ‘may’ should be removed from the international treaties and local law, unless there are clear and identifiable guidelines under which a rights holder may actually have a regulated right or benefit, instead of developing an unattainable right or an expectation of a right arbitrarily used by the authority with multiple procedural and interpretation artifices before obtaining the benefit from it.

Compensation for a patent term which suffers bureaucratic delay does not imply an extension to the 20-year patent term. It is precisely to compensate for the time lost due to an administrative delay attributable to the authority, not the rights holder.

The commercial partners, instead of taking a position as one of the Mexican authorities, took advantage of the provisions and interpreted it in favour of the inventor or beneficiary, allowing them to obtain compensation for the time lost during the patent granting process. In this sense, it is advisable that the Mexican law be homologated to the law of Mexico’s commercial partners in order to promote the generation of technology in Mexico. 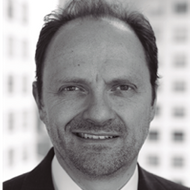 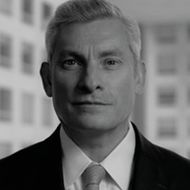