We will offer equitable deals to any company and litigate regardless of nationality, says IP Bridge CEO

Earlier this month, IAM reported on two significant patent portfolio acquisitions made by Japanese 'sovereign patent fund' IP Bridge. At the time, I wrote that the fund's progress "has largely been shrouded in mystery" and that "many observers will have wondered if IP Bridge was faltering in meeting its objectives".

Responding to this, Shigeharu Yoshii, CEO of IP Bridge, has been in touch with IAM to offer our readers some further insight into the fund's current activities and how it has fared thus far. We thank him for the following commentary which he has written for the IAM blog:

It cannot be denied that IP Bridge (IPB) appears to be a sovereign patent fund, since much of its funding is from a quasi-governmental entity. Also, IPB does aggregate quite a lot of patents that were held by Japanese companies. However, none of IPB's executives or staff are government employees, but are from a wide range of companies, including NEC, Panasonic, Sanyo, Canon, CSK and Coca-Cola. IPB is not beholden to any particular ministry, and will act independently to fulfil its mission.

IPB's mission is indeed open innovation, but it also includes such basic ideas like eliminating free riders and receiving fair value that can be rightfully demanded for practise of patents. So, this means IPB will litigate regardless of nationality, and offer equitable deals to any company as well. IPB has already engaged many companies about infringement and licensing, but is also developing a model to deliver patents held by SMEs, universities, and large companies to emerging economies and to be an active partner in maximising the productive value of patents. IPB is already spending tremendous energy in supporting and developing SMEs domestically, and developing tools to help SMEs access and incorporate our patents.

After all, a patent is worthless if it does not lead to goods or services that actually produce profit and value for manufacturers and consumers. IPB believes that Japan will benefit from maximising the use and value of its patents, but will likewise assist in growing the economies of our trading partners. Going beyond national interest, IPB strives for a more humble common interest in mutual prosperity.

One point of contention with IAM's original article is the allusion that IPB has no companies approaching it to license its patents. A recent example would suffice in clarifying our current situation: IPB has successfully concluded licensing agreements based upon the patents it purchased, and this was after companies approached us about them. Patent quality as well as visibility are likely to be critical factors in being approached, and it is IPB's task to improve portfolios as well as to communicate the value of particular patents. When these factors are at their strongest, no threat of litigation is necessary.

Indeed, since businesses are interested in making profit while minimising costs, IPB must continue to work on how either or both of these can be achieved through our patent portfolio. We aim to add value, and not leech it out from successful businesses. 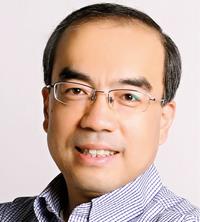