US patent leadership may be over and the IP market is changing, but opportunities abound

Unsurprisingly, one of the key themes at this year’s IPBC in San Francisco was that the US market is in a state of serious flux. There was no consensus on whether the pendulum has swung too far against the interests of patent owners – your views on that depend on where you sit in the eco-system – but everybody could agree that right now there is no certainty and that is causing significant problems: the USPTO has not yet got to grips with its quality issues; the America Invents Act is still bedding down and the PTAB has fundamentally altered the litigation landscape; the Supreme Court has significantly muddied the waters on issues such as eligibility and obviousness, and with MedImmune has made licensing much harder; Congress seems to be in a never-ending reform legislation loop; and anti-trust issues are becoming ever more prominent.

It’s a system in which only those with the very deepest pockets can hope to thrive and it’s one hell of a mess. What’s more, things are made much worse by the bad behaviours that individual parties engage in: the companies whose only strategy is to patent everything that moves; the trolls who harass everyone from 'Mom and Pop stores' to big technology companies; the licensors who make demands based on absurd valuations that they know those who they approach cannot agree to; and the licensees (infringers) who will not sit down to talk, but will instead seek declaratory judgements of non-infringement and/or respond to any approach by saying: “Sue me”. Current proposals before the House and Senate will do little to address any of these major problems and instead may well just make things even more dysfunctional.

From afar, it seems like the best thing would be for the US to tear up the current rulebook and to start all over again, perhaps with a convention on the future of the patent system in which representatives from all parts of the landscape come together to identify the problems and then to solve them, without the benefit of lobbying dollars buying access that those with fewer resources cannot get. It is absolutely clear that US patents need to be of far higher quality, that there has to be clarity around patentability, that transparency in ownership must be prioritised, that litigation should be cheaper, that both sides in a dispute need to see negotiation rather than confrontation as the most effective route to resolution, and that business models should not matter. None of these things currently apply.

Having witnessed civilised, highly-informed discussions between people who hold very different views over the last few days, I am certain that were there a will to make a better system, a way to do it would be found. At the coalface all sides know what the problems are and how they might be solved – if they do not say it in public they acknowledge it readily in private. The big problem is that most of the decisions are not being made at the coalface, but higher up in company command chains, within lobbying organisations, by judges influenced by highly partial media reporting of dubious data and by politicians who are more concerned with triangulation and contributions than getting things right. All of which means it is hard to see how anything much is going to change any time soon. That is a very sad state of affairs. It is not only extremely bad news for the US, but also for all of us in other parts of the world who have hugely benefited from the myriad life-enhancing and life-saving innovations the Americans have delivered over the last 70 years.

All that said, life will go on; and as also became very clear during the IPBC, the IP market is no longer just the United States: both Europe and Asia are playing an increasing role – and one that will become even more important over the coming years. This is not only because the US is a less attractive option than it used to be, but also because both of the aforementioned continents are becoming more compelling.

In Europe, Germany is already showing pulling power - with NPEs and operating companies alike saying that they rate it as a jurisdiction because of the relatively low costs, the expertise of the courts and the availability of injunctions – and the arrival of the unitary patent and the Unified Patent Court (UPC) at some time in the relatively near future will only increase the eastward shift. In San Francisco it was interesting to hear Grant Philpott of the European Patent Office say that US companies seem to be giving much greater attention and more resource to redrafting applications to ensure they are compliant with all European Patent Convention rules, as well as any number of corporate IP heads talk about taking big cases to the UPC, as opposed to the US courts.

In Asia, too, the development of specialised courts looks like it is encouraging more IP owners to pursue cases there – though some doubts were expressed about enforcement and also the increasing activism of anti-trust authorities in certain countries which, it was feared, may seek to use competition law to increase local company access to foreign-owned patents at low royalty rates (de facto compulsory licensing, in other words).

On top of all this, new ways of doing business are emerging. Among serious licensors there is a growing acceptance that just offering patents in a package is not enough – there needs to be other stuff as well: know-how, copyrights, trade secrets, trademarks and so on. Licensees do not like patent licences, they are far more relaxed and even happy to discuss licensing technology. We will see more of that.

Google has also been active in developing programmes that are designed to bypass NPEs. The LOT Network, the Patent Purchase Promotion and so on may or may not be successful, but there was recognition among many IPBC delegates that just relying on old, established tools and methods is not sustainable. Now is the time to be trying new stuff; some of which will work, much of which may not. And given how whole markets and major companies have emerged in the last five years it could well be that, as Ericsson’s Kasim Alfalahi remarked, the big players and models of the year 2020 may not even exist yet.

For operating companies, such a state of affairs may be easier to deal with than it is for NPEs. Unlike entities that rely on licensing for their returns, product-based businesses have the flexibility to use IP for other purposes. Erich Andersen of Microsoft was keen to emphasise this in the session that he took part in: for his company, IP is increasingly seen as a means to develop and deepen partnerships with other businesses, rather than as a direct driver of bottom line returns. I suspect that Microsoft is not alone.

Overall, then, the main takeaways from IPBC 2015 for me were that although the US patent system is in a mess that will not be sorted out any time soon, the IP market in the round is in good health. It is internationalising and new business models are emerging. Patents are still hugely important assets for their owners, but how they are used is changing. All that means expertise in patent and IP strategy is only going to become more important. The market may be moving eastwards across the Atlantic and even into Asia, but the IP knowledge base remains predominantly American. Thus, while the value of European and Asian patents is likely to increase, there are still huge opportunities for US-based rights owners, intermediaries and advisers; it’s just that they are now as likely to emerge in Berlin and Beijing as they are in Boston. Oh, and one more thing: keep an eye out for Qatar.

You can read reports on IPBC Global San Francisco here: 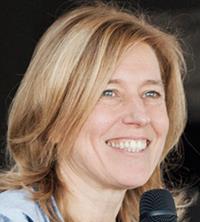