With the “troll” threat reducing, the case for defensive patent aggregation may no longer be as compelling

The week before last I hosted a webinar for IAM Market entitled Readying a Patent Portfolio for Sale: What You Need to Know to Be Successful. Over 350 people signed up to get the materials and the recording, while close to 200 listened live as presenter Kent Richardson, a partner at Silicon Valley-based Richardson Oliver Law Group, talked through his slides and then answered questions from me and from attendees. It was a fascinating hour, which my colleague Jack Ellis has written up in a blog for the IAM Market knowledge centre (where there are also details about how you can get hold of the presentation, talk and interview).

This week I am in Gothenburg for the CIP Forum and yesterday at a session about defensive patent aggregation something that Kent (who is also here and took part in the session) said during the webinar came back to me. As a firm that does a lot of transaction-based work, ROL closely monitors activity in the patents sales market, in particular packages being offered by brokers. IAM subscribers will know that each year ROL produces an update for us about the activity it is seeing in areas such as pricing, sales rates, package sizes and so on – the next one will be published in issue 81 of IAM, which comes out at the end of November. One of the things it is set to show, Kent stated in our conversation, is that prices finally seem to have stabilised, essentially because they probably could not go any lower, and that for the first time it looks like operating companies are buying more than NPEs are.

I can’t tell you what was discussed in the room yesterday because it was a Chatham House rules session, but we had a great debate – with excellent input from audience members, as well as panellists Philips CIPO Brian Hinman (who previously helped to set up both Allied Security Trust and Unified Patents), Dan McCurdy of RPX, Ken Seddon of the LOT Network and Keith Bergelt of OIN, as well as Kent himself. But as the conversation ranged across a wide selection of subjects, I couldn’t help but wonder what happens to defensive patent aggregators and similar anti-NPE businesses if NPEs are not the threat to operating companies they once were.

If NPEs are no longer hoovering up all the patents that come up for sale, if those that are available are relatively cheap, if it is harder to enforce patents in the US than it has ever been before, if the incentives to do deals are less than they have been in the past and if NPE access to investor cash is drying up, why spend millions on subscriptions to defensive aggregation services and/or on syndicated purchases? Is the incentive still there to go to the boardroom and argue the case when the risk is far lower than it was, say, five years ago?

Of course, NPEs are still out there, are still active and do, in certain situations, clearly pose a danger to operating companies, but with patent suits falling and NPE buying power curtailed, it seems to me that the compelling case defensive aggregators had a few years back might not be as compelling today. If you are a publicly-quoted company such as RPX, for example, how much scope do you have to expand your membership base and to put up your prices given how things stand in the US these days? I don’t know the answer to that, but it’s a question that as a senior manager in the business, or as an investor, I would want to know the answer to.

It is no coincidence, I’d argue, that over recent times RPX has worked hard to expand its offering into areas such as insurance and competitive intelligence – it is these areas and others that future growth is most likely to come from. As a much smaller, not-for-profit set-up AST does not have investors to worry about, but its involvement in the IP3 programme was not only something of a coup, but also something different to what it has done before. Is this kind of role something it sees itself doing a lot more of in the future as the need to go into the market to prevent NPEs getting hold of patents reduces?

Don’t get me wrong, I am not saying that the defensive patent aggregation model is dead - it certainly isn’t – but it may not be the no-brainer it once was for many operating companies; so for entities in this line of business moving forward is going to require a lot of hard work and plenty of nimble thinking. Of course, much of the concern about NPEs was originally sparked by the likes of defensive aggregators releasing data that purported to show just how threatening and damaging “trolls” are to all kinds of businesses. This has caused a reaction from both legislators and the courts in the US, so that now whatever threat NPEs once posed is greatly reduced. Have defensive patent aggregator marketing campaigns actually helped to make their services less necessary? It would be ironic if that were so. 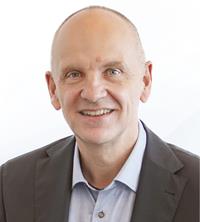