There is nothing wrong with privateering; patent owners are entitled to maximise the value of their assets

In the last couple of years there have been several attempts to stymie privateering – the model by which operating companies sell patents to an NPE which then seeks to monetise them, usually through an assertion campaign. The original owner may retain some financial interest in the ongoing programme, but typically doesn’t have any control over how they are asserted.

Google, for one, has staked out its clear opposition to what it sees as a major source of patents for NPEs. Not only has it helped to create the License on Transfer (LOT) Network, and more recently launched its Patent Purchase Promotion, but back in April 2013 it was among a group of companies that urged “the antitrust agencies to study carefully the issue of operating company patent transfers to PAEs” and called for the Federal Trade Commission to launch an inquiry into the practice.

Last week one of the best-known and most respected patent bloggers, Florian Mueller of FOSSpatents, started a campaign to shed further light on a model which he claims has nothing to do with innovation and which constitutes “abusive and anti-social behavior”. He has appealed to his readers to send him details of any publicly-disclosed deals so that he can keep a list updated of the major culprits enagaged in what he calls “troll feeding”. Naming and shaming is to be the name of the game.

Of those companies that have so far been identified by Mueller, Nokia has been by the far the busiest, with the FOSSpatents list identifying 10 deals with NPEs, including Acacia, Intellectual Ventures and WiLAN. We asked Nokia for comment on this new directory and got the following response from Ilkka Rahnasto, who heads Nokia Technologies' patent business:

“Nokia Technologies actively manages its portfolio at around 10,000 patent families. As we have a relatively young portfolio and generate hundreds of new, patentable inventions every year from our ongoing research and development activities, focused divestments are a normal part of our strategy, often as part of broader, business arrangements. Once patents are sold we take no part in the activities of the acquiring entity, whether their selection of potential licensees, their licensing rates or any other commercial decisions – they operate completely independently of Nokia.”

“Of the patent divestments we have made over the past few years, the majority have been to operating companies and, though SEPs were only divested in a minority of the transactions, the FRAND obligations passed to the new owners and companies which had already taken a license from Nokia to the divested patents continue to benefit from their license.”

We also asked Ericsson, a company which has come under fire on FOSSpatents for its 2013 deal with Unwired Planet, for comment. Here’s what a company spokesperson had to say:

“Ericsson believes that divestments of standard essential patents can be positive for the growth of our industry. When performed in the right way it is a way for innovators to get a fair return faster on their significant investment and contribution to the eco system, while at the same time ensuring that FRAND commitments follow to the new owner. When selecting who we do business with a crucial factor is willingness and ability to respect FRAND terms.

“In the specific case of Unwired Planet, a pioneer in the mobile internet space, the agreement provided an opportunity for Ericsson to get a fair return on patents from Ericsson’s patent portfolio. The agreement enables us to further continue to build on Ericsson’s technology leadership via continued R&D investments, Ericsson also gets value from the agreement via a license to Unwired Planet’s portfolio, benefiting and protecting our customers.

“All obligations that Ericsson had accepted for the sold patent were transferred to Unwired Planet, including the commitment to license the relevant patents on FRAND terms. Ericsson has taken several steps in the transaction to ensure that our FRAND commitments will continue to be fulfilled and also that the buyer made their own FRAND commitment to relevant standards bodies eg ETSI.”

IAM has not had a problem with the idea of privateering since the model first emerged and Tom Ewing, then of Avancept now of Archimedes, identified the practice on this blog in 2010. Some have criticsed the term - IPNav, for one, has stated that talking of privateering is misleading because what is actually being referred to is outsourcing - and they may have a point, as it does carry a connotation that perhaps it should not; but we’ll stick with privateering for now because we had it first!

We’re also not going to argue with the idea of bringing greater transparency to the patent deals market; in fact we applaud any blog or publication that tries to do that (well, we are journalists after all). But we also think that the notion behind the FOSSpatents initiative - that privateering is bad and should be stamped out – is just plain wrong.

Some organisations may prefer to keep any assets they sell to an NPE out of view so they can distance themselves from subsequent assertion campaigns. Micron, a company that these days is vociferous in its support for patent reform, may have been guilty of this when it sold around 20% of its entire patent portfolio to Round Rock back in late 2009, and BT also seems to have been trying to keep things quiet when it transferred patents to an entity called Suffolk Technologies which were then asserted against both Google and AOL. Those acting in this way should be prepared for accusations of being disingenuous and anti-social. But by definition, companies on the FOSSpatents list – such as Nokia and Ericsson – are not seeking to hide anything; the deals have been made public either through press releases or SEC filings, which is how FOSSpatents knows about them.

In any case, why should an operating company be limited in who it does business with when it comes to disposing of its patent assets? Having invested in the R&D that led to their creation, a company is perfectly entitled to secure the best return possible from its rights. Getting others to take the risk, and spend time and money developing monetisation programmes, makes perfect sense from a management and shareholder perspective; and if you can retain an interest in any upside along with an upfront cash payment, that is just good business.  But in addition to all of this, there is also another side to the story.

Take the example of Inventergy. As we recently reported, the NPE, which has done privateering deals with the likes of Huawei, Nokia and Panasonic, is going through a particularly tough patch. This led to the issue of a “going concern” warning in its last annual report. If Inventergy’s share price remains depressed then it also faces the prospect of dropping off Nasdaq.

Now, there are numerous reasons for Inventergy’s struggles – for one it looks like it wasn’t properly capitalised from the start – but have the deals that it did with the trio of tech companies so far led it to behave in an abusive and anti-social manner? Going by the relatively small amount of litigation that Inventergy is involved in it’s clear that this isn’t an NPE that sues first and asks question later.

In fact, when we talked to CEO Joe Beyers about the company’s travails he made a point of saying that it didn’t want to sue straight out of the box, it prefers to negotiate. Perhaps, despite what Beyers says, Inventergy’s licensing terms are so unreasonable that it is impossible to close deals, or maybe it is about to launch into a flurry of litigation which will further pollute the caustic legal environment; but what about another possibility – that it is in trouble because of bad-faith behaviour from potential licensees?

Beyers, who spent a big chunk of his career in-house at HP, summed up what he has found to be the prevailing view: “More companies are more resistant to taking a licence even whey they know they’re infringing.” In short, it doesn’t look like the privateer who is being unreasonable and abusive, it is the companies who will not sit down and talk turkey. Maybe this is what we really want to be shining a light on. Anyone want to help IAM put together a list? 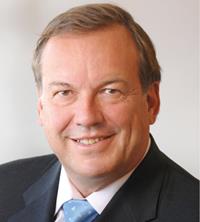