We sometimes get accused of being opposed to patent reform in the US. But that is not fair. Our position is a little more nuanced than that. We not only believe that the US patent system – for all its flaws – has been one of the reasons why the US has enjoyed decades of innovation leadership in so many sectors, but also that it has helped incentivise the development of inventions and industries that have massively benefited people across the world. Thus, legislation to change that system needs to be based on hard and compelling evidence that it will provide a net benefit; in other words, that it will do more good than harm.

And this is the problem that we have with most of the legislative proposals now being considered by Congress. Although framed as being all about tackling the scourge of patent trolls (or trollish behaviours, when providing a definition of a troll does not suit), the provisions in the Innovation Act, the PATENT Act and even the STRONG Act will affect all patent owners of all sizes, with whatever kind of business models, operating in every single industry. From what we can see, there has been no attempt to evaluate the overall impact any of these bills would have on patent owners (certainly Congressional committees have done almost nothing to reach out to most parts of the patent-owning community in the US, let alone judges, investors or the patent bar); while, even more seriously, the data used to support calls for reform seems to us to be seriously flawed.

We find it extraordinary that something as profoundly important as the reform of a patent system that has served the US and the world so well might be done on the back of almost no serious investigation. So, while we absolutely accept that there are destructive trolls out there gaming the cost of US litigation and the often poor quality of issued US patents, and while we could never say that we are absolutely convinced patent reform is not necessary, up to now we have seen almost nothing beyond anecdote to support the case for new legislation just four years since the America Invents Act became law and at a time when courts and the PTAB are making it ever-harder for patent owners to enforce their rights. It is because of all this that we cannot currently support the proposals that have been put forward for further change.

For us, it always comes back to the data; and one of the main sources for material on the pro-reform side is the research done by Boston University professors Bessen and Meurer. This blog has discussed the major problems with their work enough times and so will not run through it all again; but because of the influence they have, we are always on the look-out for any new interventions they may make. So, when Mike Meurer sat down with Matt Levy of the Computer and Communications Industry Association to explain in an interview why critics of he and James Bessen are wrong, it was not something that I could ignore; and, although the exchanges are not up there with Frost v Nixon, I am glad that I did not.

There is a lot raised in the interview that I could write about, but I’ll limit myself to a couple of points. The first is Meurer’s assumption that there is “a problem” when people who infringe patents have to make payments to the owners of those patents. That is worth disputing. Let’s remember here that Bessen and Meurer have never looked at the methods of the entities they describe as trolls; in their work they do not attempt to analyse the ways in which plaintiffs behave in cases to see whether they act in bad faith or engage in abusive behaviour, neither do they assess the quality of the patents that are being asserted. Instead, they focus only on the type of business model the plaintiff pursues; and what they find is that the vast majority of the money these successful patent owners get from operating companies – or the costs that they “impose” - comes from settlements, damages and licensing fees.

Now, it may be inconvenient to have to pay royalties and to face legal penalties when you take other people’s property; it may cost you money and it may eat into your profits, or even make it hard or impossible to stay in business; but infringement is infringement, whoever’s rights you infringe. Like many other countries, one way that the US chooses to incentivise innovation and invention is through the issuance of patents. But, as any fool knows, there is no point in having them if they cannot be enforced.  So, as in other parts of the world, in the US it does not matter if you realise you are infringing or not. It is the act that is the issue, not the intent. If the patent is valid and you are found to have used it without the owner’s consent, then you have done wrong. That’s just the way it is. It does not matter who is exacting the cost on an infringer as long as the entity concerned is the legitimate owner of a valid patent. If you see that as a problem, then what you have is a problem with the fundamentals of patent law. In my book, that is absolutely fine – you just need to be upfront about the agenda you have.

But much more directly important to the patent reform debate than a philosophical discussion about the “problem” of paying to use other people’s patents is the data that Bessen and Meurer have produced. The $29 billion direct cost they state was inflicted on companies in the US by NPE (or “troll”) litigation in 2011 is routinely cited by supporters of change in and outside of Congress. Although many have criticised the numbers as being way off track, they have become an integral part of the debate. In the interview, both Levy and Meurer are clearly determined that this will remain the case. They claim that no-one has ever come up with anything that throws the figure into doubt. Unfortunately, they are demonstrably wrong.

As we all know, and as Meurer makes absolutely clear in the interview, the data from which he and Bessen got their final headline amount was supplied by RPX. That is the same RPX that each year puts out its own NPE Cost Report in which it details the direct costs – legal fees, settlements, damages and royalties – incurred by operating companies as a result of the activities of NPEs. As we recently reported, the figure for 2014 that the defensive aggregator came up with was $12.2 billion, or $16.8 billion less than the $29 billion cited by the Boston University pair in their paper The Direct Costs from NPE Disputes.

Now, to be fair to Bessen and Meurer, the number they cite was for 2011, while RPX’s $12.8 billion was for last year – so it is possible that there has been a substantial drop in the amount over the last three years. If that were the case it would be nice to hear it acknowledged. But, actually, a closer look at the 2014 RPX report shows it is not. In fact, according to Chart 1 on page 10, the direct costs of NPE litigation are up by $2.4 billion since 2011. The problem is that the figure back then stood at $9.8 billion.

Think about that for a moment. Bessen and Meurer based their findings on data supplied by RPX. Using this, they came up with an amount of $29 billion for 2011. Also using its own data, RPX hit on a figure of $9.8 billion for 2011. Clearly, the idea that there is nothing out there to contradict the Bessen and Meurer findings is just incorrect: there is and it comes from the source that gave the two professors the raw materials with which they conducted their research.

Obviously, RPX and the Boston pair cannot both be right. In the ideal world, we would be able to look at the workings of both to see who might have got it wrong. But while RPX is pretty transparent about the way it gets to its final numbers, Bessen and Meurer have never made their workings public and have never subjected their papers to pre-publication peer review. Surely, that must now change.

It is absolutely clear that there are serious questions to be asked about the accuracy of the claim that NPEs inflicted $29 billion of direct costs on operating companies in the US in 2011. This is not a matter of law professors or anti-reform groups having a go at Bessen and Meurer because they do not like the message they impart; instead, the organisation that provided them with the data for their work has come up with a completely different and massively lower number. If Bessen and Meurer stand by their research and believe that it paints an accurate picture of reality, it is incumbent on them to release for full public scrutiny all the data that they used, as well as all of their workings and all assumptions that they made. Only then can the truth be established. Let’s see if they do. 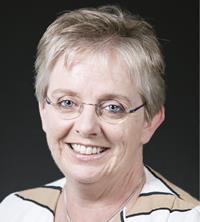