A patent's journey from IAM Market to Facebook v BlackBerry 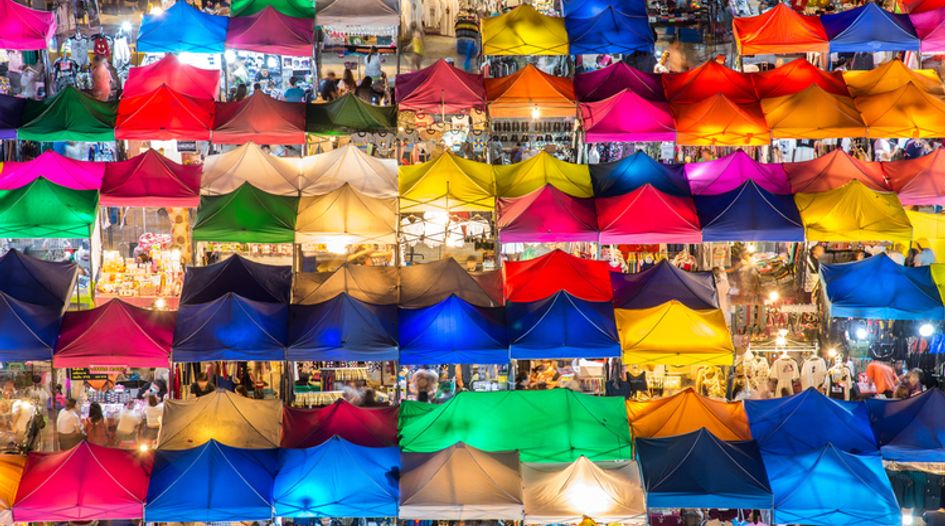 Five years since IAM Market was launched, analysis by Hannes Forssberg Malm and Erik Oliver of Richardson Oliver Insights shows that assets listed on the platform have been put to good use by those who acquire them

IAM Market launched in late 2015. It was designed to be a platform for patent buyers and sellers to meet, so helping to further patent market transparency and access.

Not only does it provide patent sellers with a platform to list their available deals, but also a channel to tell the industry that they are bringing deals to the market and are willing to discuss transactions.

Now, almost five years later, IAM Market has featured over 500 deals for sale from some of the world’s largest IP owners and sellers. But what has happened to those deals since?

So what deals are transacting on IAM Market? On a high level, software dominates, but there a smaller number of deals have also been closed in the energy, medical and hardware sectors (see figure 2 below).

Who is buying these patents - and why?

For years, AT&T has been one of the more prolific patent sellers and has closed deals with many different technology companies. But few deals brought as much attention as the Uber deal in 2017. In this, Uber acquired a total of 89 ride-sharing-related patent assets spread over two assignments, even earning deal of distinction recognition from the Licensing Executives Society.

In fact, AT&T had listed some of the assets on IAM Market earlier the same year. The listing included about 100 rights relating to various vehicle telematics technologies, such as location services and navigation, in-car networking, hands-free operations, driver notifications, emergency services, and fleet management, among others. It’s easy to see how this would have been of interest to Uber at the time, assuming the company’s goal was to back-fill its own portfolio with patents that had earlier priority years.

As patents tend to be most useful in litigation at an age of between eight and 12 years, start-ups with young organic patent programmes regularly face the issue of building a portfolio that is not only prominent, but also has actual defensive value in the near- to mid-term.

This kind of proactive defensive buying is relatively widely adopted among fast-growing software companies. If the risk of patent assertion from your ecosystem and other corporate asserters is high enough, defensive buying will often have a high return on investment and may present an attractive business case to the executive management.

Another strategy that can be adopted is targeted defensive buying, where the company is buying assets with defensive value for an ongoing assertion. While the Uber deal was most likely a proactive move, a deeper analysis of the AT&T telematics portfolio shows that other assets ended up being acquired as part of a targeted strategy for another large Silicon Valley company.

On 24th July 2018, Facebook acquired 16 assets from AT&T, including US patent 6,356,841, which had been part of the telematics portfolio listed on IAM Market the year before. The acquisition came just months after BlackBerry had launched a lawsuit against Facebook and Snap in March of 2018.

Only two months after the acquisition, the ‘841 patent then showed up alongside five other patents in an infringement lawsuit against BlackBerry in which Facebook accused the Canadian tech business of stealing its voice-messaging technology.

As the case has yet to settle, we don’t know how much the acquisition has helped Facebook in the dispute. However, if examples of other companies deploying targeted defensive buying strategies are anything to go by, the return on investment may very well be significant.

In summary, AT&T’s telematics portfolio ended up supporting valuable patent strategies for both Uber and Facebook. The two buyers had different buying objectives, but they were both able to leverage assets that had been listed on IAM Market. While finding patent buying opportunities is often a cumbersome process, IAM Market may very well prove an efficient source of structured information about available deals.

The AT&T deal is only one example from the 100 or so deals that have closed on IAM Market so far. Looking at more recent deals, we found assets that were listed by Intel and later became part of the Intel-Apple deal late last year. We also uncovered the radio advertisement portfolio that was marketed by Google before being transferred to the LOT Network in August 2019.

Overall, IAM Market listings sell at a higher rate than both the average patent and patents marketed by brokers. They are also litigated more often. As time goes by, and more listings go up, more IAM Market assets will end up in transactions and possibly litigation.